Home » Cricket » IPL 2020: The kind of cricket we are playing gives us a lot of confidence – Rohit Sharma

IPL 2020: The kind of cricket we are playing gives us a lot of confidence – Rohit Sharma 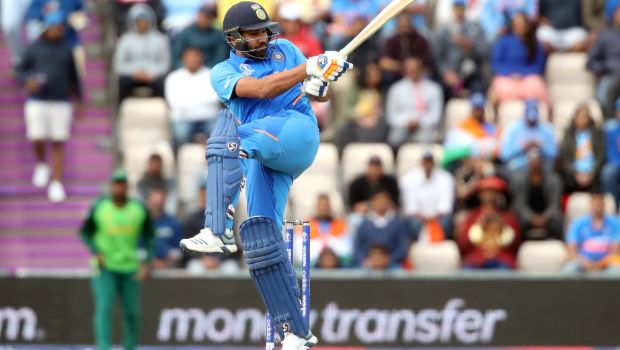 Mumbai Indians skipper Rohit Sharma has heaped praise on his team for another clinical performance in the ongoing Indian Premier League 2020.

MI defeated Delhi Capitals in the 27th match of the season at Sheikh Zayed Stadium on Sunday by five wickets. Rohit stated that the kind of cricket they are playing gives them a lot of confidence.

MI once again ticked the right boxes against Delhi Capitals, who have also shown good form in the ongoing season. The reigning champions restricted DC to a sub par total of 162 runs after their bowlers did a fine job. Krunal Pandya was the pick of the bowlers for MI as he returned with figures of 2-26 in his four overs whereas Jasprit Bumrah and Rahul Chahar bowled economically.

Subsequently, Suryakumar Yadav and Quinton de Kock scored 53 runs each but both of them could not bat through the innings. Rohit added that he would like a settled batsman to take the team over the finishing line and they can improve on it as a unit and the batsman should bat with more responsibility.

Kieron Pollard, Ishan Kishan and Krunal Pandya had added the finishing touches for MI against the Capitals.

Rohit Sharma said in the post-match ceremony, “The kind of cricket we are playing gives us a lot of confidence. It’s important to have momentum with us, and it was a perfect day for us, getting those crucial two points. We did everything right, but there are still some things we can improve on. We were good with the ball and restricted them to 160-odd. Clinical with the bat, but not so much towards the end. We need one set batsman to finish off the game”.

MI is known to come up with collective performances and they have carried the good form going. The defending champions are now also at the top of the points table after five wins from seven matches.

Thus, they will look to continue the good show going in the upcoming matches. The momentum always plays a key role in the success of the team in the T20 format and MI will aim to carry it forward.