Home » Cricket » IPL 2020: The kind of form Suryakumar Yadav was in, I should have sacrificed my wicket – Rohit Sharma

IPL 2020: The kind of form Suryakumar Yadav was in, I should have sacrificed my wicket – Rohit Sharma 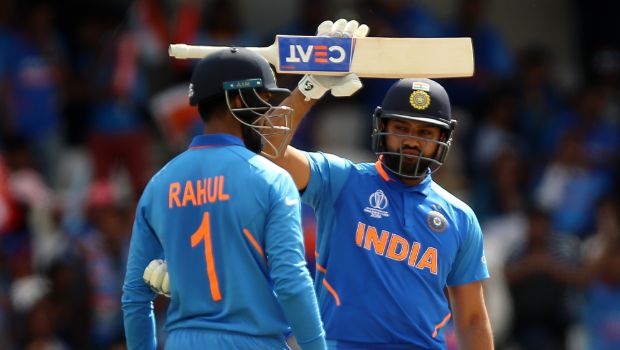 Mumbai Indians captain Rohit Sharma admitted that he should have sacrificed his own wicket given the kind of form Suryakumar Yadav had been in the IPL 2020.

It was the 11th over of Mumbai Indians batting innings when Rohit Sharma called Yadav for a single when there was no run in it.

Rohit had reached the non-striker end but Yadav decided to sacrifice his wicket as the MI captain was looking in fine touch. Yadav’s selfless act was praised on social media by all the experts. Yadav had started his knock with a four and a six to hit the ground running.

SKY scored a total of 480 runs in 16 matches at an average of 40 and a strike rate of 145.02 as he batted at the top of his game right throughout the tournament.

Meanwhile, Rohit was able to get his team close to the target as he scored a match winning knock of 68 runs from 51 balls with the help of five fours and four sixes. MI were able to chase down the target of 157 runs with ease as they won by five wickets with eight balls to spare.

In fact, Rohit wasn’t in the best of forms throughout the IPL however he brought his best to the table in the all-important final.

Thus, MI won their fifth IPL title to create history. This was the second time when Rohit scored a fifty in the IPL final and he also became the first batsman to do so.

Rohit Sharma said in the post-match ceremony, “Surya is a more matured player. The kind of form he was in, I should have sacrificed my wicket for Surya. But throughout the tournament he has played some incredible shots”.

Meanwhile, there is no doubt that Mumbai Indians were head and shoulders above the rest of the teams in the IPL 2020. MI once again ticked the right boxes throughout the tournament and dominated the other teams.

The Rohit Sharma-led team defeated Delhi Capitals on all the four occasions in the season and they were too good for them in the all-important final.