IPL 2020: The plan was to bowl attacking lines – Yuzvendra Chahal 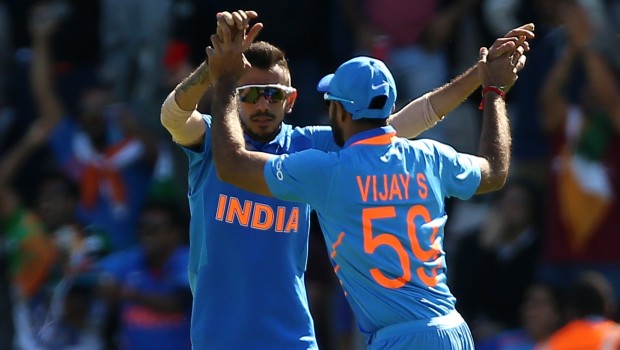 Royal Challengers Bangalore leg-spinner Yuzvendra Chahal was the star of the show against Sunrisers Hyderabad and played a key role in turning the match on its head. RCB had to go for wickets when SRH were cruising at 121-2 while chasing the target of 164 runs with five overs to go.

It was Chahal’s last over and it was a do or die situation for RCB. Chahal revealed the plan was to hunt for wickets and that was the only way they could have got themselves back in the game. The leg-spinner first got the big wicket of Jonny Bairstow as he gave flight to the ball and lured the Englishman into a false shot.

Subsequently, Chahal found the gulf between Vijay Shankar’s bat and pad to flummox him with a wrong one. In fact, Chahal had also provided the crucial breakthrough of Manish Pandey when he had already added 71 runs with Jonny Bairstow.

Chahal scalped three wickets for 18 runs in his quota of four overs and got RCB back into the contest. Ergo, Chahal was also awarded the Man of the match for his prolific performance.

“I felt very good, it was a very important over. I was thinking, this over could either go for runs or go in our favour,” Chahal told iplt20.com.

“My aim was to go for wickets, there was a defensive field but the chat with Kohli was about bowling attacking…as only if we took wickets, the complexion of the match would change. With the ball turning (first ball), I kept the line on leg-stump because it is difficult to hit from there. When Vijay Shankar came, the chat with AB and Virat was about bowling the googly… something that I was practising in the nets. It is difficult for a new batsman to read,” he added.

It was a perfect start for RCB as they won their opening match by 10 runs. RCB skipper Virat Kohli will be delighted as his bowlers were able to defend a sub par total of 163 runs. In fact, at one stage, RCB looked down and out however Chahal was able to turn the tables for his side.

Meanwhile, there was one more positive for RCB as their opener Devdutt Padikkal scored a fine fifty on his IPL debut. AB de Villiers also scored 51 runs from 30 balls to help RCB post 163 runs on the board.

RCB will play their next match against Kings XI Punjab at Dubai International Stadium on 24th September.