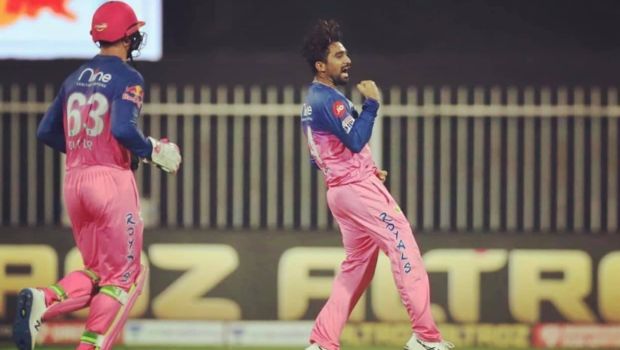 Former Indian opener and now a cricket commentator Aakash Chopra has opined that the way Rahul Tewatia played Rashid Khan showed he is a special player.

RR was under the pump as they required 54 runs off the last four overs. Tewatia and Parag were able to score 18 runs from the 17th over, which was bowled by Sandeep Sharma.

The 18th over was crucial as it was to be bowled by Rashid Khan. Tewatia was able to get three boundaries, two of which came off the reverse sweep, in that over to take 14 runs of the over. The southpaw played the best T20 spinner with aplomb and got his team over the line as he scored 45 runs from 28 balls.

The left-hander has grown in confidence ever since his breathtaking knock of 53 runs against Kings XI Punjab. Tewatia was confident of finishing the match and took it deep with Riyan Parag, who also found his lost form at the right time for RR.

RR was looking down and out but Parag and Tewatia were able to take their team over the line after adding a fine alliance of 85 runs off just 47 balls.

Aakash Chopra said on his YouTube channel, “Everything else is fine, but that 18th over of Rashid Khan, first ball four with a reverse sweep, second ball four with another reverse sweep and an even better shot. The third ball when he hit the boundary over the covers, it was the best of them all.”

“If you can execute such a nice shot under so much pressure, then Rahul Tewatia, you are a special player. I really like watching you and you won RR a match they were about to lose.”

RR was in a pickle at 78-5 after 12 overs and required another 81 runs off 48 deliveries when Rahul Tewatia joined forces with Riyan Parag. All the three overseas batsmen – Steven Smith, Ben Stokes and Jos Buttler along with Sanju Samson were dismissed cheaply and not many had put their money behind RR. Ergo, it was great to see that the youngsters were able to take them over the finishing line.

RR now have three matches out of the seven they have played. The Steven Smith-led team will next face Delhi Capitals at Dubai International Cricket Stadium on 14th October.