Home » Cricket » IPL 2020: There is no chance of RR winning consistently unless their big three start scoring – Aakash Chopra

IPL 2020: There is no chance of RR winning consistently unless their big three start scoring – Aakash Chopra 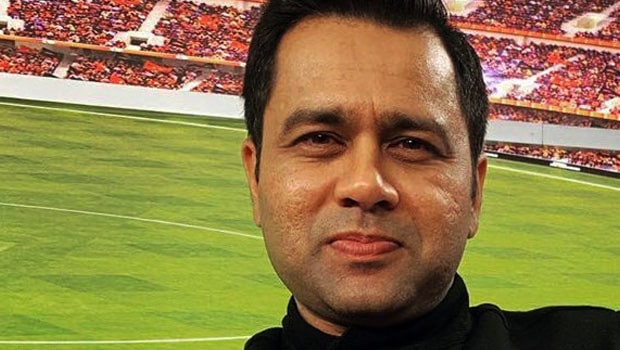 Former Indian opener and now a cricket commentator Aakash Chopra reckons there is no chance of Rajasthan Royals winning consistently unless their big three batsmen – Jos Buttler, Ben Stokes and Steven Smith start scoring runs consistently. Stokes has played only two matches but Smith and Buttler have not been in the best of forms.

Smith had started the tournament on a bright note but had failed to continue the same form. Buttler has also scored a solitary fifty and the bleak RR middle order has been left with too much to do as these three are yet to fire at all cylinders. In fact, RR flamboyant batsman Sanju Samson had scored fifties in the first couple of matches but he also could not keep up the same form.

Samson has scored 227 runs in eight matches at an average of 28.38 and strike rate of 160.99 but he has failed to deliver the goods in the last six innings.

On the other hand, Jos Buttler has scored 168 runs in seven innings at a paltry average of 24 whereas RR skipper Steven Smith has aggregated only 163 runs in eight innings at a meagre average of 20.37. Thus, both of them will need to turn the tables as the season is slipping away from RR.

Aakash Chopra said while talking on his YouTube Channel, “There is no chance of Rajasthan Royals consistently winning games unless their big three start scoring runs. The youngsters might win you games, but in the end you keep big names in a team, so that they will win you matches.”

Chopra believes RR should have chased down the sub par total of 162 runs against Delhi Capitals but they went on to mess it up. RR depend heavily on the shoulders of their overseas players – Ben Stokes, Jos Buttler, Steve Smith and Jofra Archer. Archer has been brilliant for RR but the batsmen have let the team down.

Robin Uthappa has the experience under his belt but his performances have also been mundane. RR will need to pull up their socks as they have lost five matches out of the eight they have played. The Steven Smith-led team will next play RCB at Dubai International Stadium on 17th October.