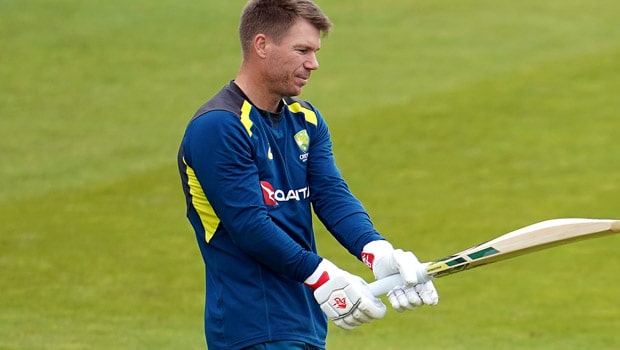 Sunrisers Hyderabad’s middle order has been their Achilles Heel over the years. There is a lack of experience as well as firepower in their middle order and it came to the fore in their second fixture against Kolkata Knight Riders at Sheikh Zayed Stadium on Saturday. The Orange Army failed to accelerate in their batting inning and could only post a meagre score of 142 after deciding to bat first.

David Warner was dismissed at a crucial junction and then SRH could not find any kind of impetus in their batting. Wriddhiman Saha was sent at number four but the wicket-keeper batsman struggled to get going.

Manish Pandey was doing a decent job for SRH but he didn’t get the support from Saha. The pair added 62 runs for the third wicket alliance but they went on to play 51 balls.

There were a lot of dot balls in SRH batting innings and Warner was not at all impressed by the same. Warner stated in the post-match ceremony that the team could have gone harder in the middle overs and he wanted more from his batting unit.

“We just can’t have batsmen on the bench and two others batting 20 overs,” Warner said. “We could have gone a little bit harder. After I got out, we played out 4-5 overs for about 20 runs.

“We have to apply more pressure and hit more boundaries in the middle period. I am disappointed with the dot balls we played. I think there were 35-36 dot balls. I don’t think it’s acceptable in T20 cricket.”

There was a lack of intent from SRH batters and Saha in particular failed to get going. The right-hander’s strike rate was below hundred as he scored 30 runs from 31 balls. Subsequently, SRH could only post 142 runs in their 20 overs and it was never going to be enough to defend.

KKR cruised to the target with seven wickets in hand and two overs to spare after Shubman Gill scored a fine knock of 70 runs. The David Warner-led team has had a poor start to their IPL campaign as they have lost both their matches to be at the bottom of the points table.

SRH would aim to bounce back in their next fixture, which is against top ranked Delhi Capitals at Sheikh Zayed Stadium, Abu Dhabi on 29th September.