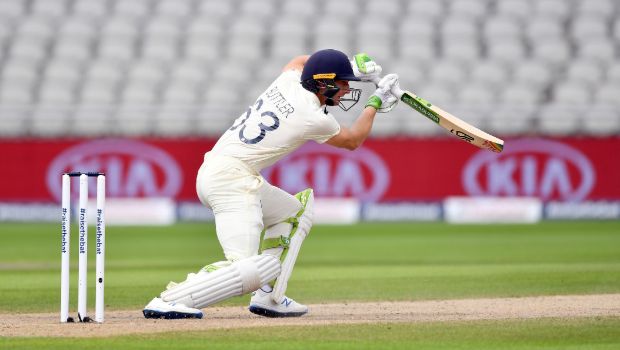 Rajasthan Royals talisman batsman Jos Buttler has been able to grab his new role with both hands.

Buttler scored a match winning knock of 70 runs from 48 balls with the help of seven fours and two sixes against Chennai Super Kings at Sheikh Zayed Stadium, Abu Dhabi on Monday.

There was no scoreboard pressure on Rajasthan Royals as they were chasing a paltry target of 126 runs however Buttler still scored his runs at an impressive strike rate of 145.83. Buttler came out to bat at number five in the batting order when Rajasthan Royals were under the cosh at 28-3.

Steve Smith was struggling to get going and thus it was crucial for RR that Buttler was able to deliver the goods. Buttler added that he wanted to have more intensity in his batting. The right-hander took his time in the initial stage and when he got settled at the crease, he took his chances against CSK bowlers.

Buttler provides more stability in the middle-order for RR and it allows the team to let Robin Uthappa open the innings with Ben Stokes. The England wicket-keeper batsman was in top class form during the English summer and he can provide the finishing touches while batting at number five. Buttler added that he is happy to do whatever the team needs him to do.

Jos Buttler said in the post-match ceremony, “Nice to get a win on the board tonight. I tried to come out with some intensity in my batting. I didn’t think I had enough last game, and I decided to take a few more options tonight, and it came off. You have to keep trusting yourself and particularly when there’s no scoreboard pressure, you can play yourself in and let it cut loose in the end. I’m happy (batting at number 5) to do whatever the team needs me to do. This is my role for now”.

Buttler holds the key for Rajasthan Royals and the inaugural champions will hope that he continues his good show.

RR will play their next match against Sunrisers Hyderabad at Dubai International Cricket on 22nd October.