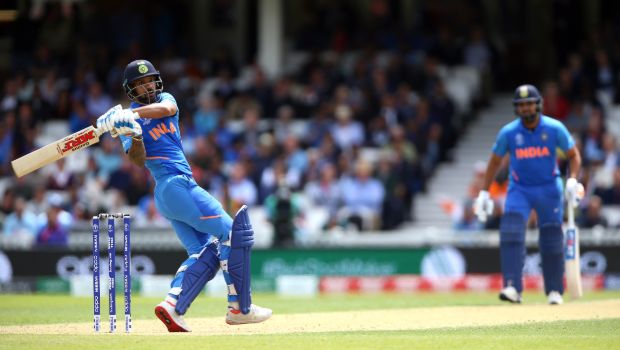 After facing a five-wicket loss at the hands of Kings XI Punjab, Delhi Capitals opener Shikhar Dhawan said that the loss is not going to put their side down and they are going to come back stronger in the coming matches.

Delhi could only post a sub par total of 164 runs after winning the toss.

Shikhar Dhawan scored his second consecutive hundred of the tournament as he smashed an unbeaten knock of 106 from 61 balls. However, Dhawan didn’t get the support from the other end as the rest of the Delhi batsmen could only muster 58 runs from 59 balls.

Delhi also missed the services of their talisman fast bowler Anrich Nortje who was replaced by Daniel Sams as the Proteas pacer was suffering from a bit of niggle.

Delhi has been in sublime form as they have won seven matches out of the 10 matches they have played. They are currently at the top of the points table and look all set to qualify for the playoff stages. Thus, it is important for Delhi to continue their good form.

Meanwhile, Shikhar Dhawan was awarded the Player of the match award for his fine knock but his inning went in vain.

Dhawan said in the post-match ceremony, “We’re gonna have a discussion and see where we can improve. We have been playing very good quite consistently. This is not going to put us down. We would try to come back stronger”.

Dhawan has also scored two fifties in the ongoing season and he has scored more than 50 runs in his last four innings. Furthermore, Dhawan has been impressive with his strike rate as he has scored his runs at a strike rate of shade under 150. Dhawan stated he was striking the ball similarly on his Test debut against Australia when he scored 187 runs.

On the other hand, Delhi Capitals captain Shreyas Iyer also stated that the loss against Kings XI Punjab is a wake up call for them and they can not afford to be complacent in their approach.

Delhi will look to make a solid comeback into the tournament. DC will next play Kolkata Knight Riders at Sheikh Zayed Stadium, Abu Dhabi on 24th October.