Home » Cricket » IPL 2020: This was one of our perfect games – MS Dhoni after win against RCB

IPL 2020: This was one of our perfect games – MS Dhoni after win against RCB 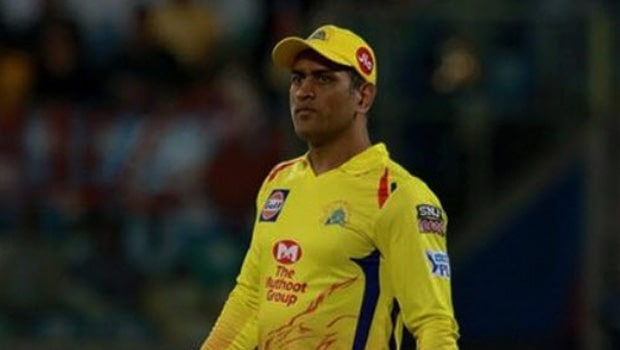 Chennai Super Kings captain MS Dhoni has had a rough season in the ongoing IPL. The team hasn’t performed up to the mark and Dhoni himself hasn’t been at his usual best. However, CSK were able to get a consoling win against Royal Challengers Bangalore at Dubai International Cricket Stadium after they had been almost knocked out of the playoff race.

There is a bleak chance that CSK will qualify for the playoff chances and Dhoni is not hoping for any miracle. However, the team’s performance against RCB was up to the mark as they won the match clinically by eight wickets on Sunday.

Firstly, CSK bowled well to restrict RCB to a sub par score of 145 runs. Sam Curran was the pick of the bowlers for CSK as he scalped three wickets and did a fine job for his team. Furthermore, Deepak Chahar also took two wickets for CSK.

On the other hand, CSK also came up with a complete performance with the bat. CSK batsmen have struggled to get going in the tournament however it wasn’t the case against RCB. Ruturaj Gaikwad and Faf du Plessis provided a good start to the team and after du Plessis’ dismissal, Gaikwad and Ambati Rayudu added a fine alliance of 67 runs for the second wicket.

Gaikwad scored an unbeaten knock of 65 runs whereas Rayudu was dismissed after playing a handy knock of 39 runs. Ergo, CSK were able to tick the right boxes in their performances.

MS Dhoni said in the post-match ceremony, “This was one of the perfect games. Everything went to plan. The execution was there and we were able to pick wickets regularly to restrict them to a total that’s slightly below par on a wicket like this. A lot depends on how the players are performing and how the wicket is. This was definitely on the slower side and the spinners have done a very good job. In the middle overs we have struggled to take wickets. In the games we have gone for runs, it was big in the death overs. That could be one of the reasons why we didn’t do well this season. We haven’t been consistent with the bat, today the start was very good”.

Furthermore, Dhoni heaped praise on Ruturaj Gaikwad for his match winning knock of 65 runs. The youngster was also awarded the Player of the match for his fine inning.

CSK are now giving chances to young players and it makes all the sense as their season is done and dusted. The MS Dhoni-led side will next face Kolkata Knight Riders at Dubai International Cricket Stadium on 29th October.