Home » Cricket » IPL 2020: This was the first and final warning of 2020 – Ravichandran Ashwin on Mankading

IPL 2020: This was the first and final warning of 2020 – Ravichandran Ashwin on Mankading 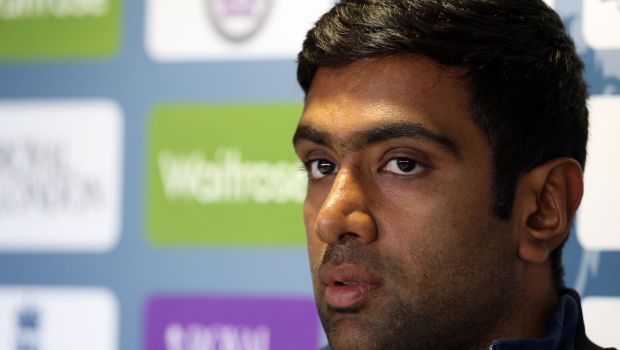 Delhi Capitals off-spinner Ravichandran Ashwin has issued first and final warning to all the batsmen regarding the ‘Mankad’ dismissal.

Ashwin decided to give a warning to Royal Challengers Bangalore opener Aaron Finch during the 19th match of IPL 2020 at Dubai International Stadium on Monday.

Finch was out of his crease before Ashwin had not delivered the ball and the off-spinner decided not go for the run-out. Meanwhile, Ashwin has been in the news for his mankading discussions.

Recently, Delhi Capitals head coach Ricky Ponting had stated that he wouldn’t allow any kind of mankading. However, it is expected that now the discussion between Ponting and Ashwin was to give at least one warning to the batsman.

Ashwin has been really vocal regarding the batsmen taking advantage of few inches before the ball has been delivered.

Let’s make it clear !! First and final warning for 2020. I am making it official and don’t blame me later on. @RickyPonting #runout #nonstriker @AaronFinch5 and I are good buddies btw.😂😂 #IPL2020

Ashwin had earlier tweeted, “Make it a free ball for the bowler. If the batsman gets out of that ball, the batting team will be docked 5 runs. Free hit adds to the drama for a batter, let’s give a chance to the bowlers too. As of now everyone watches the game hoping that ‘the bowlers will get smacked today’”

After giving a reprieve to Aaron Finch in the previous game, Ashwin revealed that the batsmen should be cautionary as it was the last time in 2020 that he is letting go a batsman.

Ashwin’s post read, “Let’s make it clear !! First and final warning for 2020. I am making it official and don’t blame me later on. @RickyPonting #runout #nonstriker @AaronFinch5 and I are good buddies btw. #IPL2020.

Meanwhile, Ravichandran Ashwin bowled a fine spell as he scalped the crucial wicket of in-form Devdutt Padikkal and conceded only 26 runs in his four overs against RCB. Ashwin had snared two wickets in his maiden over for DC in the match against KXIP but he suffered a shoulder injury, which ruled him out for a couple of matches.

With Amit Mishra ruled for the remainder of the IPL 2020, Ravichandran Ashwin will play a crucial role for Delhi Capitals. Ashwin has all the experience under his belt and he is going to hold the key for DC. Capitals will play their next match against Rajasthan Royals at Sharjah Cricket Stadium on 9th October.