Home » Cricket » IPL 2020: This win is for the fans – Ravindra Jadeja after blistering knock against KKR 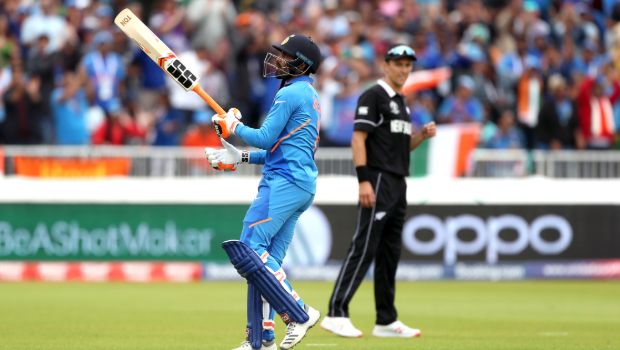 Chennai Super Kings all-rounder Ravindra Jadeja has been the best striker of the team in the ongoing season of the IPL. Jadeja has hit the ground running on almost all the occasions he has batted in IPL 2020.

The southpaw batsman has hit the blocks running but he hasn’t got the support from the other batsmen.

Jadeja has done a fine job while adding the finishing touches for the team in the death overs. The left-hander has scored 232 runs in 11 innings at an impressive average of 46.40 and a whirlwind strike rate of 171.85. Thus, he has the fourth best strike rate in the ongoing tournament.

Meanwhile, CSK was once again under the pump when they required 30 runs off the final two overs against Kolkata Knight Riders at Dubai International Cricket Stadium on Thursday.

The onus was on Sam Curran and Ravindra Jadeja to get their team over the line but the former was not able to find his timing. Jadeja smashed two fours and one six in the penultimate over bowled by Lockie Ferguson to take 20 runs of the over.

Subsequently, CSK needed seven runs off the final two balls and Jadeja was able to smash two sixes to get his team home. Jadeja then dedicated the win to the CSK fans, who have always supported the team. It hasn’t been the ideal season for the team as they failed to clear the league stage for the first time in the tournament.

“This one was for the fans. Thank you for the fantastic support,” Jadeja tweeted.

Ravindra Jadeja said in the post-match ceremony, “I was hitting the ball well in the nets and kept thinking about that and I managed to do that in the match. We (me and Curran) were talking about going after the bowlers, and in the last 12 balls you don’t think much. Just see the ball and hit the ball. I was looking to not lose my shape, and I knew if they bowled in my arc, I could hit a six. Winning every game always means a lot to us”.

CSK was able to get home by six wickets and they finally came up with a complete performance. Ruturaj Gaikwad scored his second consecutive fifty and he has also impressed with his skills.

CSK will play their final match of the season against Kings XI Punjab at Sheikh Zayed Stadium, Abu Dhabi on 1st November.