IPL 2020: Time is running out for Robin Uthappa and Riyan Parag – Gautam Gambhir 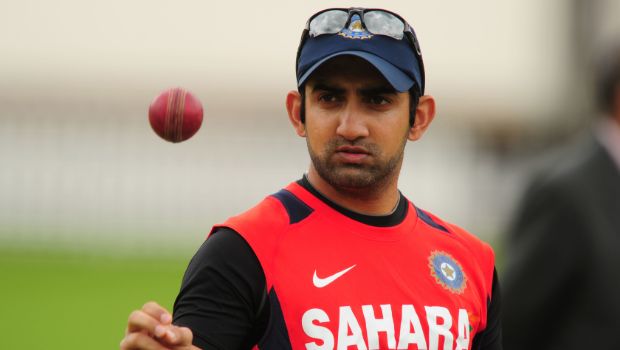 Former Indian opener and KKR skipper Gautam Gambhir feels time is running out for Robin Uthappa and Riyan Parag to hit back form for Rajasthan Royals.

Both of these batsmen have failed to get going for their team and haven’t been able to deliver the goods. In fact, Uthappa has all the experience under his belt and much is expected of him.

The right-hander had been a consistent performer for KKR over the years and had batted at the top of the order with Gautam Gambhir. Uthappa has only mustered 33 runs in the four matches with 17 his best score for RR.

On the other hand, Riyan Parag had a breakthrough previous season as he had impressed with his pyrotechnics. However, the youngster hasn’t replicated the same renditions in the ongoing season as he has scored 23 runs in the four matches.

Rajasthan Royals have relied heavily on the shoulders of their top three batsmen – Jos Buttler, Steve Smith and Sanju Samson. In fact, Jos Buttler is also yet to find form in the IPL but he was in fine touch during the English summer..

“Time’s running out for both Robin Uthappa and Riyan Parag. Uthappa has not looked in any kind of form, to be honest,” Gambhir told ESPNCricinfo.

He continued, “Robin Uthappa has to deliver. There were a lot of expectations that Robin will be able to finish off games, and if not that, at least give them the
momentum they need in the middle order. So, Robin needs to deliver on those expectations.”

“Riyan Parag has not looked in any kind of form either. So, obviously they have guys sitting on the bench, plus when Ben Stokes shows in, the combination will be completely different,” Gambhir added.

Rajasthan Royals had got off to a good start as they had won the first two matches. However, the Royals have lost their last two games and they would want to make a roaring comeback. The Steven Smith-led would aim to come up with a collective effort to get back to winning ways.

RR are currently at the fifth position in the points table. The inaugural champions have also received a huge boost as Ben Stokes has reached UAE and he will be soon part of the team. RR will play their next match against Mumbai Indians at Sheikh Zayed Stadium, Abu Dhabi on 6th October.