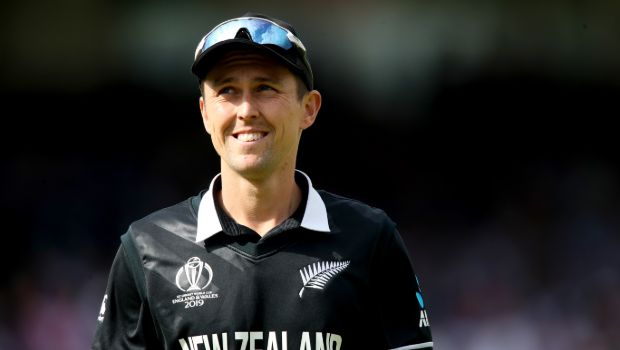 Mumbai Indians captain Rohit Sharma has heaped praise on his talisman fast bowler Trent Boult. Rohit stated that Boult is the best new ball bowler in the world as he has got the skills to move the ball both ways.

The New Zealander has played a key role in the success of Mumbai Indians in this season as the left-arm pacer has scalped 22 wickets in 14 matches at an impressive average of 19.41.

Boult is the third highest wicket-taker in the tournament and he has made a potent partnership with Jasprit Bumrah, who has snared 27 wickets in 14 matches. Rohit also feels lucky that the franchise was able to trade Trent Boult from Delhi Capitals.

On the other hand, former Australian all-rounder Tom Moody had also shown his surprise that DC traded Trent Boult to Mumbai Indians.

Boult was at his best in the first qualifier against DC as he dismissed Prithvi Shaw and Ajinkya Rahane in the first over to put the opposition on the backfoot. Thus, Delhi’s move to trade Boult has come back to haunt them.

“It’s a no brainer that (Boult) he is the best bowler with the new ball, when it comes to swinging the ball back into the batsman and luckily for us we got him traded from Delhi and he has not disappointed anyone of us,” Rohit said, reminding what Capitals are losing out on.

“Looking at the squad, the strength, the balance of this team, you know I cannot point out anything (weakness) to be honest,” the skipper said.

On the other hand, Boult bowled only two overs in the first qualifier against Delhi Capitals as he suffered a groin injury. However, Rohit is confident that the gun pacer will be available for the all-important final against DC.

“Trent looks pretty good. He’s gonna have a session today with all of us, he has pulled up pretty well in the last two days. So, fingers crossed, hopefully he plays,” Sharma said.

Boult is now a vital cog in the Mumbai Indians wheel and the franchise will hope that he turns up for them. If Boult fails to clear the fitness test, James Pattinson will come back into the final XI of the team.

The final of IPL 2020 will be played at the Dubai International Cricket Stadium on Tuesday.