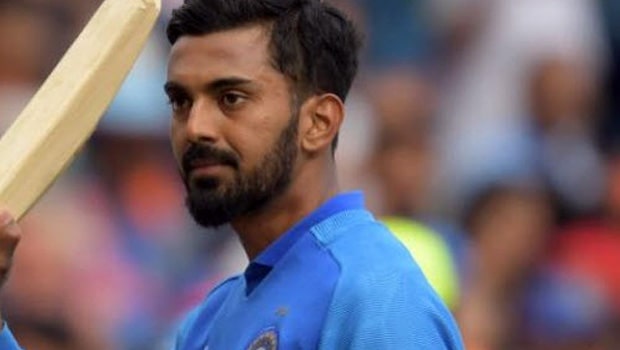 Kings XI Punjab captain KL Rahul was delighted after his team came-from-behind win of 12 runs against Sunrisers Hyderabad at Dubai International Cricket Stadium on Saturday. Punjab came up with a brilliant bowling performance to defend 126 runs and thus kept their playoff hopes alive in the tournament.

This was the fourth consecutive win for Punjab as they have been right on the money in the last few games. Rahul expressed his happiness after the complete performance from the team.

In fact, Rahul also noticed that the team is winning from those situations out of which they used to lose in the first half of the league stage. Punjab had managed a solitary win in their first seven matches of the tournament.

However, it has been a different story altogether so far in the second half of the tourney. Rahul also gave credit to the team management for backing the boys and following the right process in the training sessions despite poor show in the first half of the innings.

KL Rahul said in the post-match ceremony, “Yes we are making it a habit. In the first half we somehow couldn’t make this a habit. I am just speechless right now to be honest. Very happy with the show from the boys. The work done is always behind the scenes, not just the players, but the support staff. You can’t change much in a player in two months but you can always make them mentally better and that’s what coach Kumble, Andy, Charl, Jonty and Wasim have done”.

It has been a fine comeback from Kings XI Punjab and they will look to continue the good show in the remaining three matches. Punjab have won four matches on the trot and they would aim to continue the winning momentum. Overall, Punjab has won five matches out of the 11 they have played, to be at the fifth position in the points table.