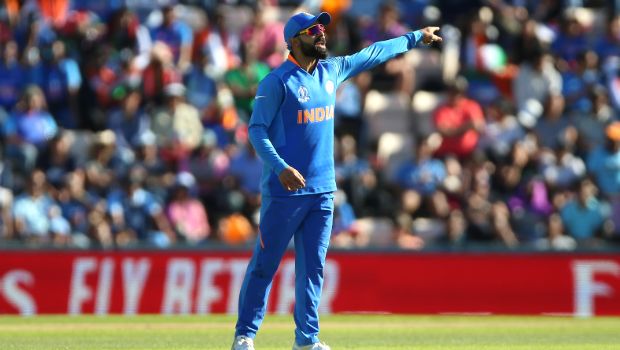 It is always a dangerous sign for the opposition when the two best batsmen in the world – AB de Villiers and Virat Kohli – get going.

In fact, on Monday, it would be fair to say that only AB de Villiers was on fire. AB joined forces with Virat Kohli against KKR at Sharjah Cricket Stadium on Monday when RCB were 94-2.

It wasn’t a normal Sharjah pitch where the batsman could hit through the line to get their runs however AB de Villiers was in the zone. AB scored 73 runs off just 33 balls with the help of five fours and half a dozen sixes at a fine strike rate of 221.21 whereas Kohli played second fiddle as he scored 33 runs from 28 balls.

The talisman duo added 100 runs for the third wicket alliance as they batted at the top of their game. This was the 10th time when AB and Virat got together to stitch a 100-run stand for RCB, which is now the most in the IPL.

Meanwhile, RCB were too good for KKR as they comprehensively won by a gargantuan margin of 82 runs. This was the fifth win of the season for RCB and they are looking all set to make it to the playoff stages.

RCB bowlers also did a fine job as they restricted KKR to a paltry score of 112 runs in their 20 overs. Chris Morris and Washington Sundar scalped two wickets each. RCB will next face KXIP at Sharjah Cricket Stadium on 15th October.