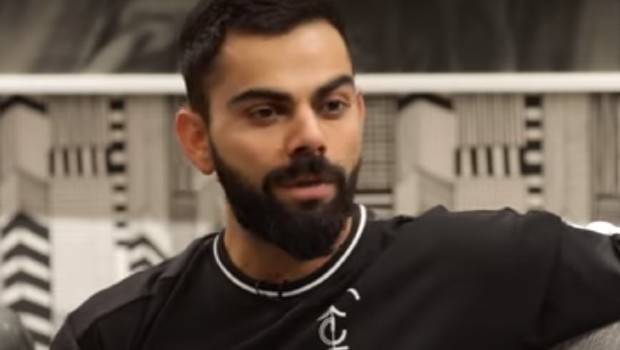 Former Indian skipper Sunil Gavaskar reckons it would be a good idea if RCB captain Virat Kohli and AB de Villiers open the innings for the team. Gavaskar wants these two champion batsmen to make the most of the powerplay conditions. The new ball comes on to the bat nicely when it is hard but it becomes slightly difficult for the batsman when it becomes softer.

Meanwhile, it is said that the best batsmen of the team should get the opportunity to face maximum balls in a T20 game. There is no doubt that Kohli and AB de Villiers are RCB’s best batsmen and they have done the lion share of the scoring for the team.

In fact, the team has been over reliant on the shoulders of these two talisman batsmen in the past few seasons. Thus, RCB would want a collective batting effort.

Virat Kohli is the highest run-getter of the IPL as he has amassed 5412 runs in 177 IPL matches and he would like to be at his absolute best.

AB de Villiers is one of the most successful overseas batsmen in the IPL as he has scored 4395 runs in 154 IPL matches at an average of 39.95 and a blistering strike rate of 151.24. Thus, both Virat Kohli and AB de Villiers will play a crucial role in the success of RCB.

“On pitches that will get slower, it may be a good idea to have both the champion batsmen open the batting while the ball is hard and new and will come on to the bat nicely than when the spinners are operating”.

“Why a team like Royal Challengers Bangalore hasn’t won the title as yet is a puzzle. Any team that has Virat Kohli and AB de Villiers should never be short of runs and maybe that’s also a problem, for when these two failed, as humans sometimes do, then the others haven’t put their hands up. They have a new coach and will be hoping that this will be their year,” the former India opener wrote for Sportstar.

Meanwhile, Aaron Finch is expected to open the innings with Parthiv Patel. Finch is going to bring experience to RCB’s batting order and he would play a major role in providing a good start to the team.

On the other hand, Sunil Gavaskar also feels Yuzvendra Chahal will play a crucial role for RCB. Chahal has scalped 100 wickets in 84 IPL matches.

Furthermore, Gavaskar feels Delhi Capitals have the best chance to win IPL out of teams that have never lifted the trophy.

RCB will play their opening match against Sunrisers Hyderabad on 21st September at Dubai International Stadium.