IPL 2020: Virat Kohli becomes the fifth batsman to smash 200 sixes in the tournament 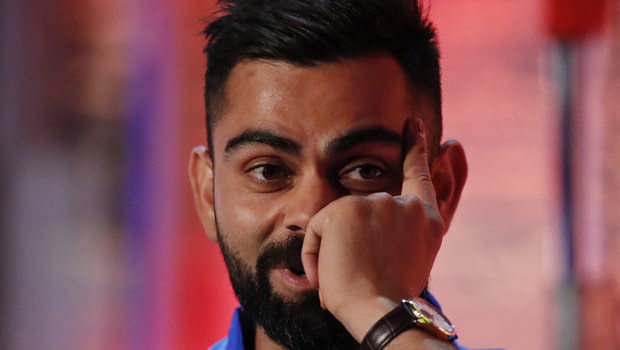 The Royal Challengers Bangalore skipper Virat Kohli has become the fifth batsman to hit 200 sixes in the tournament. Kohli achieved the milestone during his team’s clash against Chennai Super Kings at Dubai International Cricket Stadium on Sunday. Kohli reached the landmark when he pranced down the wicket against Ravindra Jadeja in the 17th over of the innings and smashed him for a six over his head.

Kohli became the third Indian batsman to reach the milestone after CSK skipper MS Dhoni and MI captain Rohit Sharma. Kings XI Punjab veteran batsman Chris Gayle has scored the most number of sixes in the IPL as the southpaw has cleared the ropes on 336 occasions.

Meanwhile, Kohli scored his 39th fifty in the IPL as he scored 50 runs from 43 balls. However, the talisman was dismissed right after reaching his fifty as he could not time the ball against Sam Curran and holed out to Faf du Plessis at long off.

With the help of Kohli’s knock, RCB were able to post a fighting total of 145 runs after electing to bat first but it wasn’t as CSK chased down the target with eight wickets in hand.

Ruturaj Gaekwad scored a fine 65 from 51 balls whereas Ambati Rayudu scored 39 and Faf du Plessis scored 25 to help their team get over the line. MS Dhoni also scored 19 runs to add the finishing touches with Gaekwad.

RCB have won seven matches out of the 11 they have played and look all settled to qualify for the playoff stages. The Virat Kohli-led team will next face Mumbai Indians at Sheikh Zayed Stadium, Abu Dhabi on 28th October.