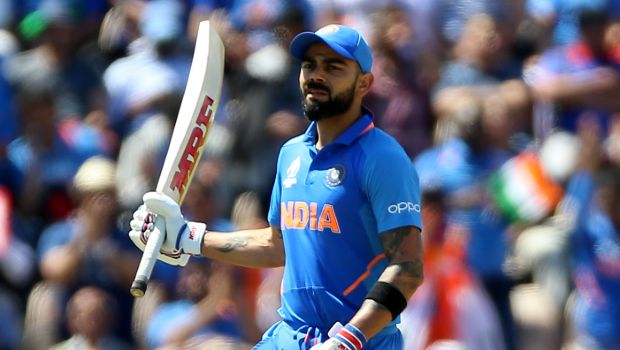 Royal Challengers Bangalore skipper Virat Kohli has become the first player to play 200 games for a single IPL franchise when he took the field against Kings XI Punjab at Sharjah Cricket Stadium on Thursday.

Kohli has played 185 matches in the IPL for RCB whereas he featured for the franchise in 15 Champions matches.

Meanwhile, Virat Kohli was roped in by RCB during the IPL 2008 auctions and it turned out to be a great signing. Kohli has often stated that he always wants to represent RCB in the IPL. Currently, Kohli is the highest paid player in the tournament.

Virat Kohli is one of the most consistent batsmen in the IPL and he is also the leading run-getter in the tourney. The talisman has amassed 5716 runs in 185 IPL matches at an impressive average of 38.62 and a blistering strike rate of 131.34.

Meanwhile, Virat Kohli wasn’t in the best of forms in the beginning of the ongoing season as he could only muster 18 runs in the three matches. However, he has returned back to form as he has scored a total of 304 runs in eight matches at an average of 60.80 and strike rate of 126.67.

Kohli could not change gears against Kings XI Punjab as he scored 48 runs from 39 balls and failed to add the finishing touches.

RCB have got off to a decent start as they have won five matches out of the eight they have played thus far, to be at the third position in the points table. RCB will next face Rajasthan Royals at Dubai International Cricket Stadium on 17th October.