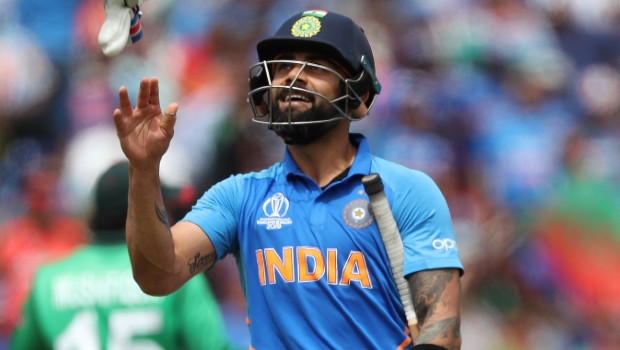 Royal Challengers Bangalore fitness coach Shanker Basu has revealed that the skipper Virat Kohli has come back in much better shape. Kohli’s penchant to workout and keep himself at the top of his fitness is well known. Thus, it is not a surprise that he is fit as a fiddle despite no outdoor training in the last five months.

Kohli had uploaded some of his fitness videos which he had managed to do at his home in Mumbai. The talisman is well known to give more than 100% and he is always known for his work ethics. Kohli also likes to push the envelope and he has reaped fruits for working hard on his fitness.

In fact, Kohli has often given credit to Shanker Basu, who has helped him in turning his career upside down. Kohli is currently one of the fittest cricketers in the world and he has put in the extra yards in his training and gym sessions. Kohli is a livewire on the field and his fitness has helped him reach the top echelons of world cricket.

“He (Kohli) has come back in much better shape. He is at his best weight at the moment and his movement patterns are pretty much in sync with his best self in the past,” former India trainer Basu, who is now the strength and conditioning coach of Royal Challengers Bangalore, said.

“He has taken this break as an opportunity to work on all the pointers which needed attention from a physical point. I guess his motto in life is ‘Bear the cross and wear the crown’,” said the man who worked with the Indian team between 2015 to 2019.

Virat Kohli is one of the best batsmen in the world and he would look to get going for RCB. In fact, Kohli was not at his absolute best on the tour to New Zealand and he would aim to make a roaring comeback to competitive cricket.

It is mainly noticed that RCB depends heavily on the shoulders of their captain and AB de Villiers and both of them will look to deliver the goods.

RCB is yet to savour success in the IPL and had failed to make it to the playoff stages in the last season. Ergo, Kohli would be determined to turn the tables and lead his team to glory in the upcoming edition of the league.

RCB will play their opening match against Sunrisers Hyderabad on 21st September at Dubai International Stadium.