Home » Cricket » IPL 2020: Virat Kohli is an absolute genius, he likes to lead from the front – Chris Morris

IPL 2020: Virat Kohli is an absolute genius, he likes to lead from the front – Chris Morris 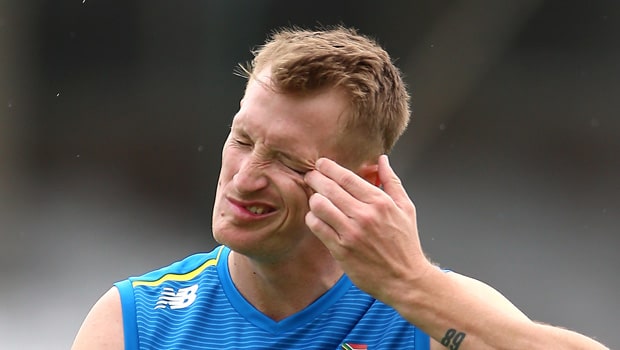 Royal Challengers Bangalore all-rounder Chris Morris has heaped praise on his skipper Virat Kohli. Morris stated that Kohli is an absolute genius and he likes to lead from the front. RCB were in a spot of bother during their clash against Chennai Super Kings on Saturday at Dubai International Cricket Stadium.

However, Kohli was able to get his team out of the rut as he scored a masterclass knock of 90 runs from 52 balls with the help of four fours and as many sixes. As always, Kohli timed the ball to perfection and he also ran hard between the wickets.

In fact, at one stage, it looked like RCB would struggle to go past 150 but Kohli was able to take his team to a competitive total of 169 runs.

Morris had a perfect debut for RCB as he scalped three wickets and conceded only 19 runs in his quota of four overs. Morris is expected to add value to the RCB bowling line-up and he is going to hold the key in the upcoming matches.

“After 16 overs, we just thought something needed to happen, there’s a reason why Virat has the most number of runs in the IPL, he is an absolute genius, he did really well against such an experienced bowling lineup, he likes to lead from the front, I like how he goes about his game, he is a leader who likes to win and it helps the rest of the team, I like how he goes about his game,” Morris said in the post-match press conference.

Kohli was once again at his absolute best and he is one of the best batsmen in the world. The right-hander only played five dot balls in his innings and he showed why he is the fittest player in the world as he ran hard between the wickets. Kohli had scored only 18 runs in the first three matches but he has made a fine comeback in the tournament.

The talisman has amassed 223 runs in six innings at an average of 55.75 and a strike rate of 128.90. Thus, Kohli will aim to continue the same form going.

RCB will play their next match against Kolkata Knight Riders at Sharjah Cricket Stadium on 12th October.