Home » Cricket » IPL 2020: Virat Kohli should take all the pressure off himself – Brett Lee

IPL 2020: Virat Kohli should take all the pressure off himself – Brett Lee 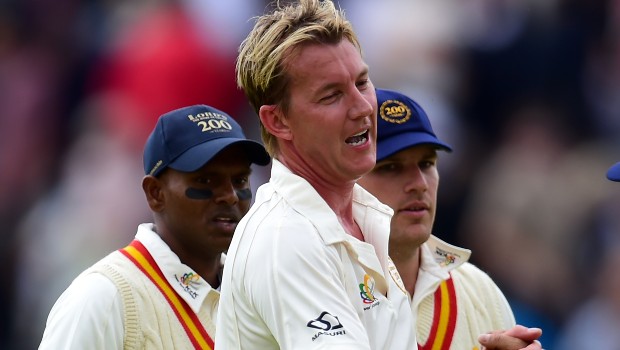 Former Australian fast bowler Brett Lee feels Virat Kohli should take all the pressure off himself both as a player and as a captain while leading Royal Challengers Bangalore in the upcoming Indian Premier League. RCB is yet to savour success in the IPL despite reaching the three finals. The franchise hasn’t been able to tick the right boxes as a unit and they would aim to turn the tables.

Meanwhile, Virat Kohli has led RCB in 110 matches in which the franchise has won 49 whereas they have lost 55 while two matches have been tied and six have ended in no results. Thus, Kohli has a winning percentage of 47.16 as RCB skipper.

In fact, it is always noticed that there is a lot of pressure on the shoulders of Virat Kohli to get the team through. The team’s batting unit is dependent on AB de Villiers and Virat Kohli and they have been carrying the team.

Kohli has been a consistent performer for RCB as a batsman but he hasn’t been able to deliver the goods as a captain. The franchise also lacks in the bowling department. However, the team was able to bring in players like Chris Morris, Aaron Finch and Kane Richardson, who can play a key role in the success of the team.

“I just want Kohli to go out there and enjoy his cricket, take all the pressure off himself as a captain and player,” Lee said in the latest episode of Star Sports’ Cricket Connected chat show.

“Because he is so good at that level, I think sometimes with all the pressure going around in the team, people are failing, he tries to get all the players on his back and tries to carry them. All the RCB squad should help out in taking all the pressure off Kohli.”

Winning an IPL trophy is on top list for Virat Kohli and the team has the players to go a long way in the tournament. In fact, it is known that it is all about winning the crucial stages of the important matches in the IPL and the RCB will need to improve on the same. They have been flat at times and they would need to come up with a whole team effort.

The team had made it to the final of the IPL 2016 when Virat Kohli had a huge season as he scored 973 runs but could not cross the last hurdle against Sunrisers Hyderabad.

The IPL will begin from September 19 in the UAE and RCB will look to tick the right boxes.