IPL 2020: Virat Kohli taught me how to build the innings – Devdutt Padikkal 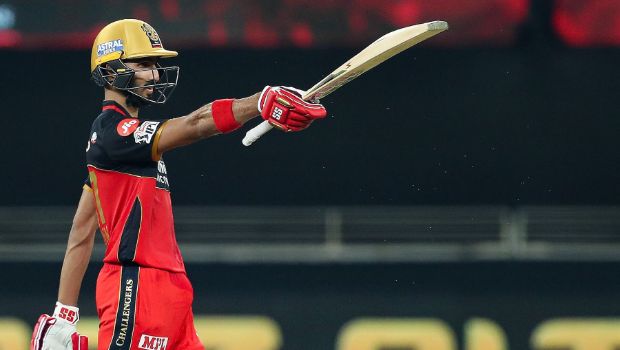 The IPL is always known to give opportunities to the young players to showcase their talent and play with and against one of the best players in the world.

Karnataka’s batsman Devdutt Padikkal got the same opportunity after impressing one and all in the domestic circuit. Padikkal was asked to open the innings with Australia’s limited-over captain Aaron Finch and he was able to grab his chance with both hands.

The southpaw scored a fifty on debut and he was able to hit the ground running. Padikkal didn’t show any signs of nervousness as he played with aplomb. The left-hander scored 473 runs in 15 matches at an average of 31.53 and strike rate of 124.80 and thus became the highest run-getter in the IPL as an uncapped player The youngster scored five fifties and he was awarded the Emerging player of the tournament for his impressive performances.

Padikkal got the opportunity to share the stage with Virat Kohli and AB de Villiers and there was a lot to learn for the youngster from the two best batsmen in the world. The 20-year old batsman revealed that the RCB captain Virat Kohli taught him how to build the innings.

Devdutt Padikkal said while talking to India Today, “There’s a long way to go for me and there’s so much I have to improve upon. It’s just the beginning. Virat helped me along the way in terms of how to build innings. He asked me to continue to work hard and not let the success affect me. Keep pushing ahead and keep improving is what he told me, and that’s what I am going to do.

“It’s important one should continue to enjoy the game and not get caught in thoughts regarding policy and playing for the country because that’s going to happen when the time is right,” Padikkal said.

Padikkal has shown the skills to go a long way in his career and he would look to continue the good show. RCB couldn’t go all the way in the tournament as they lost the Eliminator against Sunrisers Hyderabad but Padikkal was one of the biggest positives for the franchise in IPL 2020.

Meanwhile, Karnataka’s Devdutt Padikkal was the highest run-getter in the 2019-20 Syed Mushtaq Ali Trophy as he racked up 580 runs in 12 matches at 64.44. The left-hander was roped for INR 20 lakhs by RCB.