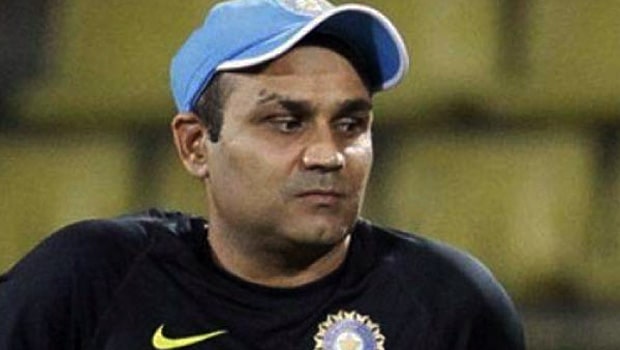 After another heart-break in the IPL, there are question marks raised on the leadership skills of RCB captain Virat Kohli. Kohli was handed over the captaincy baton back in 2013 but he hasn’t been able to take the team to glory in the IPL. However, Sehwag stated the captain of the team is as good as the team.

Sehwag stated that Kohli’s leadership is never questioned when he is leading the Indian team as his record is phenomenal. However, Kohli hasn’t been able to replicate the same performance while leading RCB as the team is not up to the mark. RCB have heavily relied on the shoulders of Virat Kohli and AB de Villiers but the other players haven’t lived up to the expectations.

With Devdutt Padikkal showing the right promise for the future, Sehwag feels the team’s think tank should focus on strengthening their core. RCB batting was their Achilles Heel in the fag end of the tournament as they went on to lose five matches on the trot.

Meanwhile, Kohli has led RCB in 125 IPL matches out of which the team has won 55 and have lost 63. Three matches have been tied whereas there were no results on four occasions. Thus, Kohli has a poor winning percent of 46.69.

“A captain is only as good as his team. When Virat Kohli captains India, he is able to deliver the results. He wins matches – ODIs, T20Is Tests. But when he captains RCB, his team is not able to perform,” Sehwag told Cricbuzz.

“It is very important for the captain to have a good team. So, I believe the management should not try and think of changing their captain and rather think of how they can improve this team. Who all should be added to the team to make sure their performance improves?” he added.

On the other hand, Virender Sehwag’s former opening partner Gautam Gambhir feels Kohli should be removed as RCB captain as he hasn’t delivered the goods for the franchise in the last eight years.

Sehwag feels the team’s batting order led to their downfall as they were too dependent on the shoulders of AB de Villiers and Virat Kohli. RCB couldn’t show the intent in the last few matches of the tournament.

“Every team has a settled batting order but RCB have never had that. It’s only ABD and Virat, who keep shuffling up and down the order,” Sehwag said.

After another unsuccessful season, it would be interesting to note RCB’s decision on Kohli’s captaincy.