IPL 2020: Wanted to play in the IPL, glad I could make an impact – Jason Holder 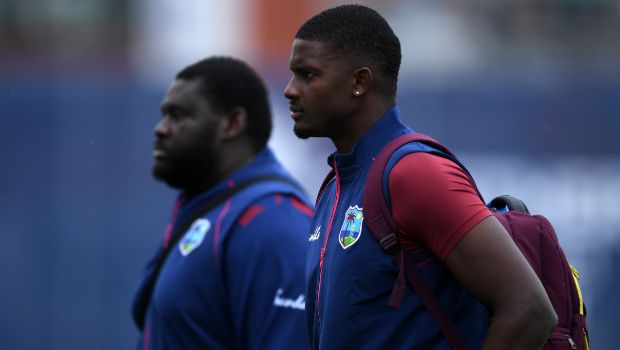 Sunrisers Hyderabad all-rounder Jason Holder is not known for his pyrotechnics like the rest of the West Indies players like Andre Russell and Kieron Pollard.

Holder is a proper Test player, who is known for accurate line and length and classical batting down the order. The all-rounder hasn’t played a lot in the IPL but he was able to grab his opportunity to play for SRH.

SRH all-rounder Mitchell Marsh was ruled out of the IPL earlier in the season due to ankle injury and thus he was replaced by Jason Holder. Holder played his maiden match of the season for SRH against Rajasthan Royals at the Dubai International Cricket Stadium on Thursday after he replaced Kane Williamson in the final XI.

It was a big gamble from David Warner and the think tank as Williamson was providing solidarity to the bleak middle order of the Orange Army. However, the move paid off as Holder scalped three wickets and conceded 33 runs in his four overs.

Holder stated that he has always wanted to play in the IPL and he is glad he could make an impact in his first game of the season for SRH.

“It is pleasing. It has been a while since I last played in the IPL. I really wanted to get back in IPL cricket for a long time and it is really good to get the opportunity. Glad I could make an impact in the game,” Holder told teammate Vijay Shankar in a video posted by iplt20.com.

It was a much-needed win for SRH as they were able to keep their playoff hopes alive. Manish Pandey and Vijay Shankar were brilliant with the bat as they got their team over the line. The David Warner-led has won four matches out of the 10 they have played and they will need to win the remaining four matches to seal their final four berth.

Holder will look to carry the same form in the coming matches for SRH. The Orange Army will next face Kings XI Punjab at Dubai International Cricket Stadium on 24th October.