Home » Cricket » IPL 2020: Was surprised to get the opening opportunity but really enjoyed it – Sam Curran

IPL 2020: Was surprised to get the opening opportunity but really enjoyed it – Sam Curran 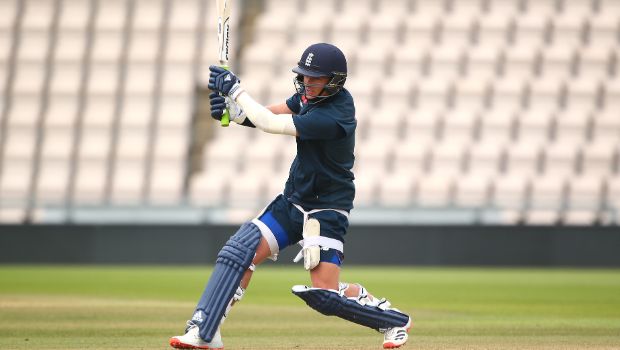 Chennai Super Kings all-rounder Sam Curran revealed that he was surprised when he was asked to open the innings by the team management for the clash against Sunrisers Hyderabad at Dubai International Cricket Stadium on Tuesday.

CSK were struggling to get the momentum in the batting department and they were not able to make the most of the first six overs of the powerplay.

Thus, Curran, who has shown good form in the tournament so far, was promoted as an opener with Faf du Plessis. Furthermore, it helped CSK have a right and left-hand opening combination. The southpaw took his time in the initial phase and then played freely to give a perfect foundation to the team.

It was the fourth over of the CSK batting innings when Sam Curran cut loose as he smashed 22 runs of Khaleel Ahmed’s over. The elegant left-hander scored 31 runs from 21 balls and did a good job as an opener. Curran stated he really enjoyed the new role which was given to him by MS Dhoni and Co.

“Yeah, very good win. Obviously, we needed a couple of wins to get the tournament going. I was surprised to get at the top of the order but really enjoyed it, I got the team off to a good start and most importantly, a good win,” Curran told Dwayne Bravo in a video posted on iplt20.com.

“It was good to bat at the top of the order, we struggled initially to get some momentum but it came right against SunRisers Hyderabad. I am just trying to contribute with both bat and ball,” he added.

On the other hand, Curran also did a fine job with the ball as he scalped the crucial wicket of SRH skipper David Warner. The swing bowler conceded 18 runs in the three overs he bowled. Ergo, Curran once again came up with an all-round performance for CSK.

MS Dhoni also heaped praise on Curran in the post-match ceremony as he stated that the England all-rounder is a complete cricketer and provides a perfect balance to their team. Furthermore, CSK coach Stephen Fleming revealed that the idea was to get early momentum in the innings by promoting Sam Curran to opening position.

CSK will next play Delhi Capitals at Sharjah Cricket Stadium on 17th October.