IPL 2020: We are a far better side than we are in the points table – KL Rahul 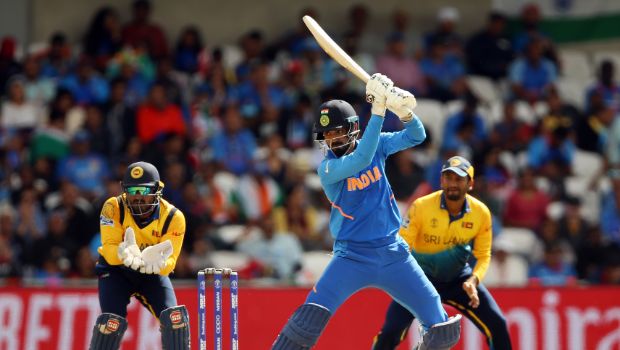 Kings XI Punjab skipper KL Rahul feels they are a better side than what is reflected in the points table.

Punjab won their second game of the ongoing IPL 2020 against Royal Challengers Bangalore by eight wickets at Sharjah Cricket Stadium on Thursday. KXIP is currently at the bottom of the points table after bagging only four points from eight matches.

However, it could have been a different story had KXIP closed out some games. They needed one run off the last three balls against Delhi Capitals in their first match of the season but they went on to lose the Super Over.

Once again they were in the winning position against Rajasthan Royals but Rahul Tewatia’s blitzkrieg knock of 53 runs off just 31 balls took the game away from them. Furthermore, they were on top against Kolkata Knight Riders but they went on to lose by two runs.

Moreover, they almost once again messed up their run chase against Royal Challengers Bangalore when they required only two runs of the final over.

Thus, they should have won three more matches had their players held on to their nerves but it wasn’t to be the case. Had they won these three matches, Punjab would have had 10 points under their belt.

“We are a far better side than where we are in the points table. It just got too close for comfort, happy that we crossed the line. As a group, we have been disappointing. It can get frustrating. Our skills were good, but we didn’t capitalize on the big moments. It becomes a habit – winning and not winning. There are ups and downs and this has been the roller-coaster. We wanted this win to get some confidence in the group,” said KL Rahul in the post-match ceremony.

Meanwhile, Kings XI Punjab’s middle-order has disappointed with their performances. Mayank Agarwal and KL Rahul have done the lion share of the scoring but the middle-order hasn’t been able to come up with goods. Chris Gayle played his maiden match of the season and the Universe Boss was able to hit the ground running as he scored a fine fifty against RCB.

Furthermore, the Punjab bowlers too have failed to come up with consistent performances. Punjab will next play against Mumbai Indians at Dubai International Cricket Stadium on 18th October.