Home » Cricket » IPL 2020: We could have taken a little more time to adjust to the wicket’s pace – Robin Uthappa

IPL 2020: We could have taken a little more time to adjust to the wicket’s pace – Robin Uthappa 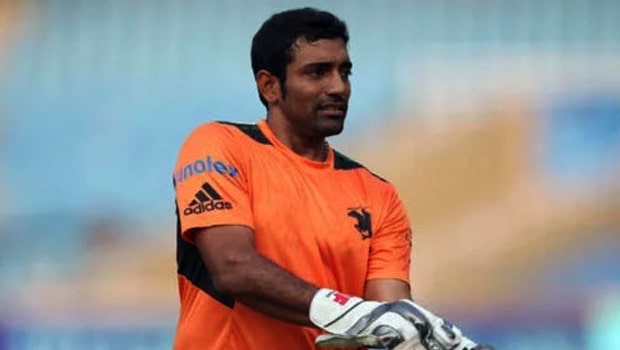 Rajasthan Royals experienced batsman Robin Uthappa reckons the team’s batsmen could have taken a little more time in adjusting to the wicket’s pace.

Steve Smith won the toss and decided to bowl first in the 12th match of IPL 2020 against Kolkata Knight Riders at Dubai International Stadium.

KKR posted a par score of 174 runs but batting became more difficult in the second innings as the pitch was on the slow side. RR decided to go hard from the get-go but they kept losing wickets at regular intervals. The inaugural champions couldn’t find any impetus as their batsmen couldn’t get settled.

Rajasthan Royals were put under the pressure from the word go and they were tottering at 42-5 within the first eight overs. It was a two paced pitch and Uthappa feels the batsmen should have taken more time to get settled rather than trying to hit the big shots from the get-go.

“Towards the end, the wicket (pitch) was getting a little tired (slow), so stopping a little bit. So yeah, in hindsight, we definitely felt maybe we would have taken a little bit more time to get adjusted and then taken the attack to the bowlers,” Uthappa said at the virtual post-match news conference.

On the other hand, Rajasthan Royals were entering the match on the back of two impressive performances. In their last game against Kings XI Punjab, they had chased down the highest total in the IPL history – 224. However, it was a paltry performance by Steve Smith’s men as they mustered 137 runs in 20 overs against KKR.

“We chased a big score in the last game. Obviously, there’s a lot of confidence coming in from that game. Also we felt that the wicket will play well. Maybe we could have taken a little bit more time to adjust to the pace of the wicket and then taking the attack to the bowlers,” he said.

Rajasthan Royals relies heavily on the performance of their top three batsmen – Jos Buttler, Sanju Samson and Steve Smith. Buttler is yet to find his form in the ongoing season but Royals will want more from their experienced batsman, Robin Utthappa, who has been a consistent performer in the league.

The Royals could not get going against KKR and they were never in the run chase as they kept losing wickets. RR will play their next match against Royal Challengers Bangalore at Sheikh Zayed Stadium, Abu Dhabi on 3rd October.