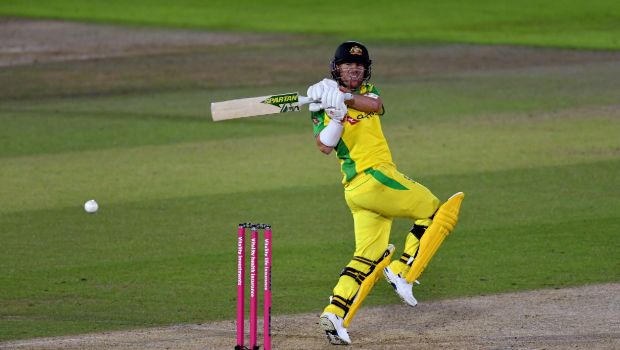 Sunrisers Hyderabad could not put up a fight against Mumbai Indians in the first game of Sunday’s double header at the batting paradise of Sharjah Cricket Stadium.

The defending champions captain Rohit Sharma won the toss and decided to bat first. MI posted a par score of 208 after half-century from Quinton de Kock.

Hardik Pandya, Kieron Pollard and Krunal Pandya added the finishing touches for Mumbai Indians. However, Sunrisers Hyderabad could not get going in the run-chase. Johnny Bairstow and Manish Pandey got off to starts as they scored 25 and 30 respectively but none of them were able to convert it into substantial scores.

Kane Williamson was also dismissed cheaply for three runs whereas David Warner was the lone warrior as he scored 60 runs but he too could not hit the big shots. SRH lacked the experience in the middle order and it once again came to the fore for the Orange Army. Consequently, SRH could not get any kind of partnership going to threaten the run chase.

The David Warner-led were not in the run chase after their skipper was dismissed and they lost by a big margin of 34 runs.

Warner said in the post-match ceremony, “They had runs on the board and we were left chasing at 10 RPO – we didn’t string partnerships together to take the chase deeper. It wasn’t easy to start off (while batting), lack of partnerships as I said, losing wickets back-to-back isn’t ideal, but there were a few positives coming out of this match.”

Meanwhile, SRH also missed the services of their pack leader Bhuvneshwar Kumar, who got injured against CSK. Sandeep Sharma and Siddarth Kaul got a chance but they veered off in their length. There were too many full tosses as Sharma conceded 41 runs whereas Kaul went for 64 runs in his four overs quota.

SRH would need to make a roaring comeback and they are now placed at the seventh place after two wins and three losses. Hyderabad would want more from their big players as they have a young side. SRH will play their next match against Kings XI Punjab at Dubai International Cricket Stadium on 8th October.