Home » Cricket » IPL 2020: We enjoy batting with each other – David Warner after 160-run partnership with Jonny Bairstow

IPL 2020: We enjoy batting with each other – David Warner after 160-run partnership with Jonny Bairstow 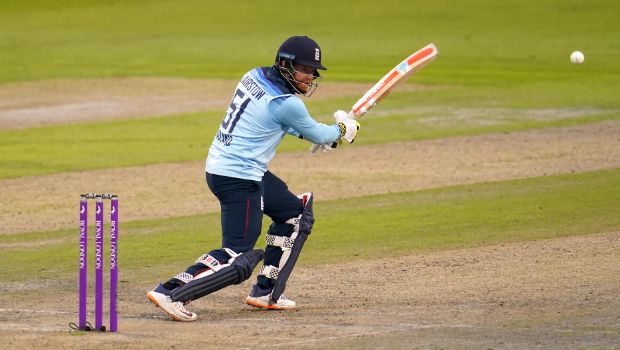 Sunrisers Hyderabad skipper David Warner stated that he enjoys batting with Jonny Bairstow as they complement each other.

SRH heavily depend on the shoulders of their openers and the pair provided a perfect start to the team after Warner won the toss and decided to bat first.

The duo added a fine opening alliance of 160 runs in 15 overs to lay down a perfect foundation for their team. Warner, who is mostly the aggressor, played a second fiddle to Jonny Bairstow, who took the attack to the opposition. Bairstow did the bulk of the scoring whereas Warner was smart in rotating the strike. Furthermore, both Warner and Bairstow are hard runners between the wickets.

The right and left-hand combination also helps them in unsettling the bowlers. The duo have done a fine job for SRH and they will look to continue the good show. Bairstow has thus far scored 241 runs whereas Warner has amassed 227 runs in the ongoing IPL 2020 and both of them are in the top five run-getters of the tournament.

On the other hand, Warner heaped praise on Rashid Khan, who scalped three wickets and conceded only 12 runs in his quota of four overs. The Afghanistan spinner took the crucial wicket of Nicholas Pooran, who was keeping KXIP in the hunt, in his final over to end Punjab’s hopes.

Warner stated that Rashid is a world-class bowler and he always delivers in the pressure situations. Khan is going to hold the key for SRH as Bhuvneshwar Kumar has been ruled out due to hip injury.

Warner added, “Rashid is a world-class bowler, it’s great to have him. He always delivers in pressure situations. He loves that stuff. What a player.

SRH climbed to the third position after winning their third match of the ongoing season. The Orange Army will next face Rajasthan Royals at Dubai International Cricket Stadium on 11th October.