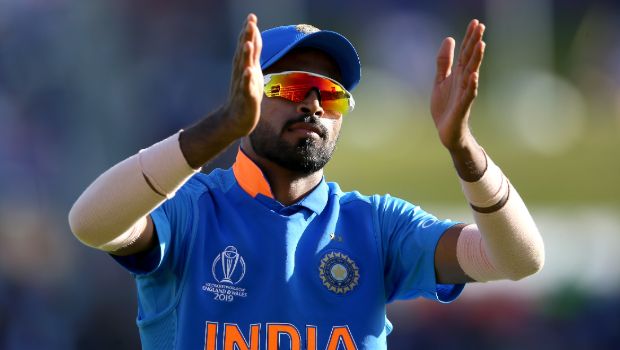 Mumbai Indians all-rounder Hardik Pandya is well known for his pyrotechnics and adding the finishing touches for the defending champions.

Pandya was at his absolute best against Rajasthan Royals as he was able to hit the ground running at Sheikh Zayed Stadium, Abu Dhabi on Sunday.

In fact, it was noticed that Pandya didn’t quite get his timing right on all the shots he played but he was still able to hit them over the ropes. Pandya started his onslaught against Ankit Rajpoot as he smashed him for four sixes in an over. The right-hander completed his fifty off just 19 balls as he struck the ball cleanly.

The talisman clobbered 21-ball 60 with the help of two fours and seven sixes. Thus, he helped his team post a par total of 195 runs. At one stage, it looked like MI will struggle to get to 170 however Pandya’s blitzkrieg helped them reach 195 runs.

Pandya stated they got 25 runs more than the par score and he thought it was enough. However, it wasn’t to be as Rajasthan Royals chased down the target with eight wickets in hand and 10 balls to spare after Ben Stokes and Sanju Samson added a superlative partnership of 152 runs for the third wicket.

It was never going to be a cakewalk for Rajasthan Royals as they were up against one of the best bowling units in the tournament but they got over the line quite comfortably in the end. Stokes got back into form whereas Sanju Samson once again showed his class after a series of poor performances. Hardik gave credit to both of them for getting their team over the line.

“Obviously, hitting sixes was fun and I enjoyed it. I thought we got enough runs, initially… when the second strategic time-out happened we were looking more at 165-170. Obviously, we got 25 runs more which I thought was enough but credit goes to Stokes and Sanju… they really batted well,” Hardik noted in the press conference.

Hardik was able to maintain the right balance and hammered Kartik Tyagi as well as Ankit Rajpoot all around the ground.

It was a blistering knock from the MI all-rounder but it went in vain in the end. MI will next face Royal Challengers Bangalore at Sheikh Zayed Stadium, Abu Dhabi on 28th October.