Home » Cricket » IPL 2020: We have a balanced team which can do well in the UAE – Shikhar Dhawan

IPL 2020: We have a balanced team which can do well in the UAE – Shikhar Dhawan 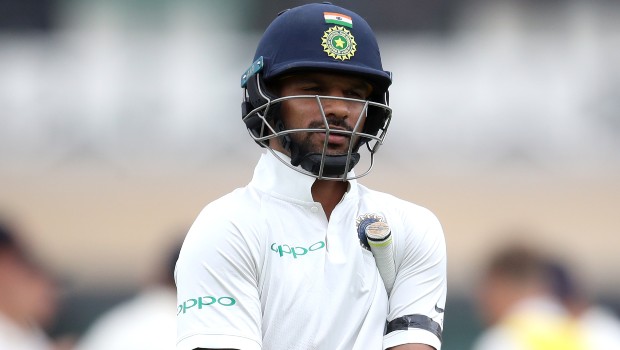 Delhi Capitals opener Shikhar Dhawan has opined that they have a balanced team which can do well in the UAE conditions. The Capitals had come up with a spirited performance in last season as they had qualified for the playoff stages after a long gap of six years. The team would look to replicate the same success in the upcoming season of the IPL.

Meanwhile, the franchise has added players like Shimron Hetmyer, who can turn the match on its head with his pyrotechnics. Moreover, the team will benefit from the addition of experienced players like Ajinkya Rahane and Ravichandran Ashwin. Delhi is led by a confident Shreyas Iyer, who was able to get the best out of the players in the previous season.

Thus, Delhi has a good team on paper, which has all the skills to go all the way in the tournament. Meanwhile, Shikhar Dhawan had played a key role in taking Delhi Capitals to the last four of the previous season as he had scored 521 runs in 16 matches at an average of 34.73.

Dhawan has all the experience under his belt and he would like to come up with a fine performance. In fact, questions have been raised on Dhawan’s place in the T20I side of the national team as he has a strike rate of 128.27. Thus, the left-hander would aim to prove his mettle in the IPL.

“As a team, we are looking forward to the tournament. We are really confident and are building a great bond. We are all coming back to cricket now, and are already creating that energy, and creating that bond within the team. I feel the trust is also very good between all of us, and I think we have a very balanced side which can do well in the conditions here in UAE. We are confident that we are going to take the cup this season,” said Shikhar Dhawan.

Delhi Capitals is yet to savour success in the IPL and they have mostly ended as the wooden spooners of the tournament. The Capitals would aim to turn the tables in the upcoming season of the IPL. The team would need to come up with a collective effort and they have the players, who take them to glory.

Delhi Capitals will play their opening match of IPL 2020 against Kings XI Punjab on 20th September at Dubai International stadium.