IPL 2020: We have a good balance at the moment – Anrich Nortje 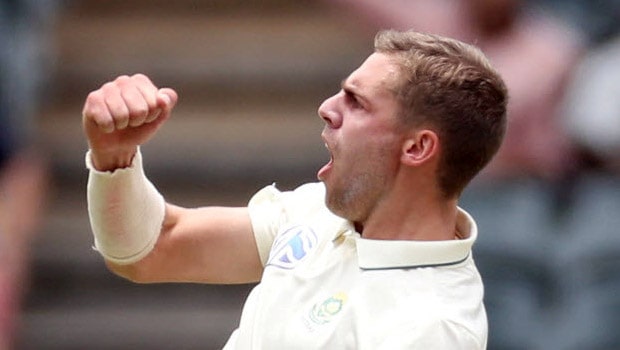 Delhi Capitals fast bowler Anrich Nortje has stated that the team has a good balance at the moment. Capitals have had a rollicking start to their IPL 2020 campaign as they have won both their matches to sit at the top of the points table with four points. The team has come up with a collective team effort in the first two matches of the season and they would aim to continue their good show.

The team is ticking the right boxes and they have a good balance going. Delhi have a potent side on paper and they are also coming with impressive performances on the field. They have openers like Prithvi Shaw and experienced Shikhar Dhawan.

Delhi also has the firepower in the middle order with batsmen like Shreyas Iyer, Rishabh Pant, Marcus Stoinis and Shimron Hetmyer. They have world class bowlers like Kagiso Rabada whereas Anrich Nortje has also done well. Furthermore, they have experienced spinners like Ravichandran Ashwin and Amit Mishra.

Nortje had gone wicketless in the first match against Kings XI Punjab but the Proteas fast bowler was able to take two wickets and conceded only 21 runs in his quota of four overs against CSK. Thus, Nortje played a crucial part in the team’s win over Chennai Super Kings by 44 runs after dismissing Murali Vijay and Kedar Jadhav.

“Like I said at the start, it’s been a good team spirit, good banter, positive getting along. Boys are nice and relaxed, so that’s really good. Even in the game, we know when to step it up and know when to relax, so it’s a good balance that the team has at the moment.”

Delhi Capitals had qualified for the playoff stages in the previous edition after a long gap of six years and they would want to replicate the same form.

They have got off to a good start in the ongoing season and they would aim to continue the same.

Delhi Capitals will play their next match against Sunrisers Hyderabad at Sheikh Zayed Stadium, Abu Dhabi on 29th September.