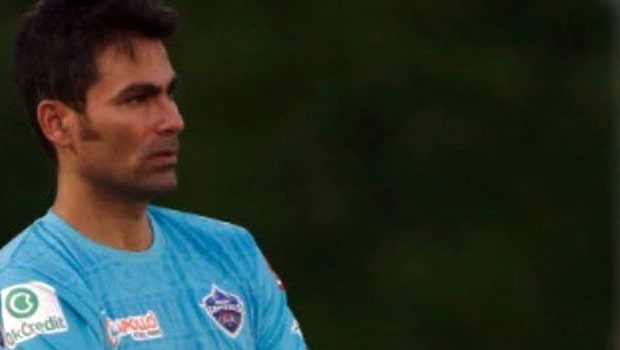 Delhi Capitals fielding coach Mohammad Kaif opined that his team have the experienced players and a good bench strength to go all the way in the tournament. Delhi have dominated in the ongoing IPL 2020 as they won seven matches out of the nine they have played. Ergo, the Shreyas Iyer-led team is at the top of the points table.

Delhi has a good blend of experience and youth and the players have delivered in crunch situations. In fact, Delhi has been troubled by a spate of injuries but they also have a good bench strength, which has helped them in filling in the void.

Delhi’s fast bowler Ishant Sharma was ruled out due to muscle tear but bowlers like Harshal Patel and Tushar Deshpande have done a decent job. Furthermore, veteran leg-spinner Amit Mishra was also ruled out due to finger injury however Axar Patel has done a fine job with both bat as well as the ball.

Delhi has a good balance and their players have been able to execute their skills to perfection in the ongoing season. Shreyas Iyer has led the team with aplomb whereas Ricky Ponting has played a key role in turning the tables for DC. In fact, DC have found seven heroes in the seven matches they have won as there are seven different Player of the match awards.

“To win a tournament like IPL, you have to be all-round performers. If you bat first, you have to put runs on the board, which we have been doing in this tournament. But if you bat second, you should be able to chase down the target,” Kaif said in a franchise’s official release.

“That’s the strength of the team and we want to achieve that kind of target you know so that when we are put into bowl first and chase a target, we should be able to do it. We have some experienced players in the squad and have good bench strength – of course we were a bit unlucky with some big injuries. But overall we have a squad to go all the way and so far we have done well,” added the Assistant Coach.

On the other hand, Delhi Capitals have a potent bowling battery. Kagiso Rabada and Anrich Nortje have breathed down the neck of the opposition batsmen with the extra yard of pace. Rabada has scalped 19 wickets whereas Nortje has snared 12 wickets in the nine matches.

Delhi will next take on Kings XI Punjab at Dubai International Cricket Stadium on 20th October.