Home » Cricket » IPL 2020: We have got a good combination of youth and experience – Steve Smith

IPL 2020: We have got a good combination of youth and experience – Steve Smith 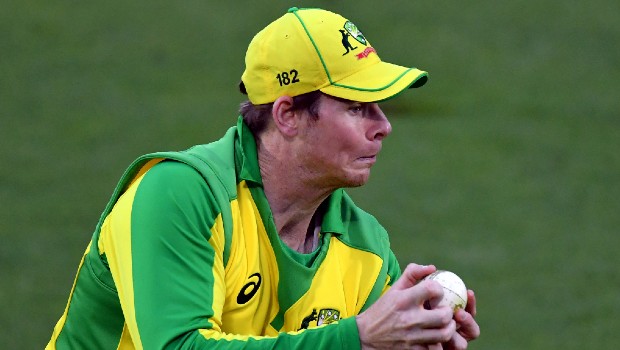 Rajasthan Royals captain Steve Smith has stated that the team has a good blend of youth and experience for the upcoming season of the IPL. The Royals have experienced players like Jos Buttler, Jaydev Unadkat, Varun Aaron, Steve Smith and Robin Uthappa whereas they also have young blood like Yashasvi Jaiswal, Riyan Parag and Kartik Tyagi.

Consequently, the young players will aim to learn as much as they can from the experience of these world-class players. Furthermore, they would have Shane Warne as their mentor and ambassador. Warne has all the experience in the world and he would aim to get the best out of the players.

Meanwhile, Steve Smith is one of the best batsman in the world and it would be a great opportunity for young batsmen to pick up his brain. Jos Buttler has been in prolific form throughout the English summer and he would aim to come up with his best. However, the availability of Ben Stokes is yet to be confirmed for Rajasthan Royals.

Rajasthan Royals head coach Andrew McDonald will also aim to get the best out of the players and he will have a major role to play in the development of the team.

“We’ve got a great combination of youth and experience in the batting line-up. Some really experienced internationals who’ve been around a fair bit and some very talented and exciting Indian guys who add great value to the squad. Our bowling has a lot of variety; good fast bowlers and some quality spinners. I think we’ve got a good setup, which will be important in different conditions during the IPL,” Steve Smith said.

Meanwhile, Rajasthan Royals had failed to qualify for the playoff stages in the last season and they would aim to come up with a better performance in the upcoming season. They also have the services of Jofra Archer, who is known to breathe down the neck of the  opposition batsmen with his express pace.

On the other hand, young players like Yashasvi Jaiswal and Kartik Tyagi will aim to hit the ground running. Jaiswal had finished as the leading run-getter of the Under-19 2020 World Cup as he had scored 400 runs in six matches. Tyagi has impressed with his skills to move the ball both ways and he had snared 11 wickets in the Under-19 World Cup.