IPL 2020: We have the best bowling combination in the last 4-5 years – Rashid Khan 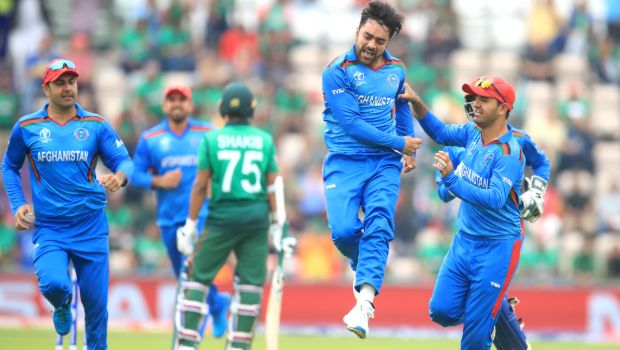 Sunrisers Hyderabad are always known for their potent bowling line-up over the years. The likes of Bhuvneshwar Kumar and Rashid Khan have delivered the goods for the franchise.

However, SRH suffered a huge blow as their all-rounder Mitchell Marsh and their pack leader Bhuvneshwar Kumar are ruled out of the remainder of the tournament. One positive for SRH so far in the tournament is T Natarajan.

The left-arm pacer has been accurate with his execution of yorkers and has used it to great effect. Natarajan has shown confidence and he is doing a fine job for the franchise.

Rashid Khan, who is now the main bowler for the Orange Army in the absence of Bhuvneshwar Kumar, stated they have the best bowling combination in the last four to five years.

Rashid Khan was once again the pick of the bowlers for Sunrisers Hyderabad on Thursday against Kings XI Punjab at Dubai International Cricket Stadium. Punjab were skittled out for a paltry score of 132 while chasing a par score of 202 runs.

The Afghanistan spinner scalped three wickets in his quota of four overs and only conceded 12 runs. Furthermore, T Natarajan and Khaleel Ahmed snared two wickets each.

“That’s what happens when you have a good total on the board, the batsmen have to go after you. But you also have to bowl your best deliveries and that’s what I was trying to do. It is a big loss for us to lose Mitch Marsh and Bhuvi. As a team we still have a good combination and the youngsters are taking the responsibility. We have the best bowling combination in the last 4-5 years,” Rashid Khan said after the match.

SRH will depend on their bowling line-up to deliver the goods as they have an inexperienced middle-order. Meanwhile, David Warner and Jonny Bairstow were at their best against Punjab as they added a fine alliance of 160 runs for the opening stand. Warner scored his 50th IPL fifty whereas Bairstow scored his third fifty of the season.

SRH were too good for Punjab as they comprehensively won by a gargantuan margin of 69 runs. SRH will play their next match against Rajasthan Royals at Dubai International Cricket Stadium on 11th October.