Home » Cricket » IPL 2020: We have to carry this momentum throughout the tournament – Prithvi Shaw

IPL 2020: We have to carry this momentum throughout the tournament – Prithvi Shaw 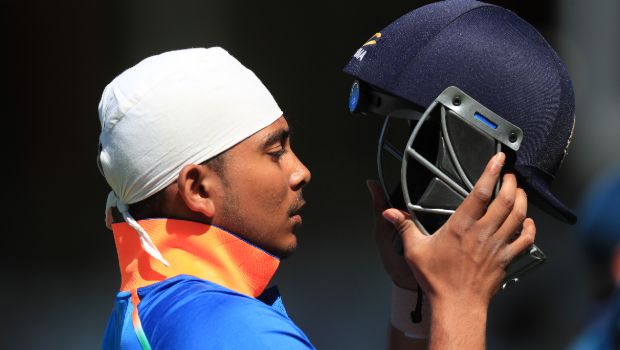 Delhi Capitals opening batsman Prithvi Shaw reckons that his team will have to carry this winning momentum throughout the ongoing IPL 2020.

The impetus plays a key role in the success of any team in a format like T20 and Delhi Capitals would aim to continue the same. Delhi have so far played five matches out of which they have won four and thus they are currently placed at the second position in the points table.

It has been a perfect start for the Shreyas Iyer-led team as they have come up with a collective effort. Shaw has also played his role with great success as the prodigy batsman has scored 179 runs in five matches at an average of 35.80 and a blistering strike rate of 147.93.

Thus, the youngster has played an imperative role in giving a good start to his team. Shaw has already scored two fifties and he would look to continue the good form.

They also have spinners like Ravichandran Ashwin and Axar Patel, who both have done a fine job. Marcus Stoinis has looked in sublime form and they have the firepower in the middle order.

“It is a very good start to this tournament and we have to carry this momentum. Whatever we do in practice sessions, we just have to execute ourselves in the match and rightly, we are doing perfectly,” the 20-year-old said.

“Everything is going perfect, you know, the batting, bowling – skills-wise we are going in the right direction, so really happy for the team.”

Delhi Capitals are looking like a force to reckon with in the ongoing season and they have a potent bench strength. Capitals head coach Ricky Ponting has been able to get the best out of the players and he would aim to keep guiding the team on the right track.

Delhi will play their next match against Rajasthan Royals at Sharjah Cricket Stadium on 9th October.