Home » Cricket » IPL 2020: We haven’t been able to get off to good starts in last three games – Steve Smith

IPL 2020: We haven’t been able to get off to good starts in last three games – Steve Smith 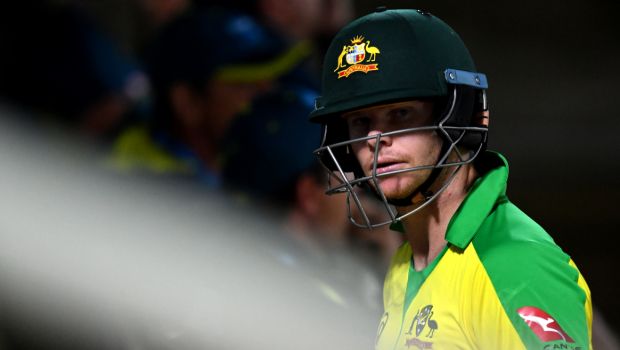 Rajasthan Royals skipper Steve Smith has admitted that they haven’t been able to get off to good starts in the previous three matches, which has led to their downfall.

Royals depend heavily on the shoulders of Steve Smith, Jos Buttler and Sanju Samson. It was a similar story as the inaugural champions crumbled in the initial stage as they lost three wickets for 12 runs against defending champions Mumbai Indians at Sheikh Zayed Stadium on Tuesday.

The Royals were chasing a par score of 194 runs and it was imperative that they get off to a good start. However, the pace battery of Mumbai Indians breathed down the neck of RR and didn’t allow them to settle. Yashasvi Jaiswal was dismissed in the first over whereas Steve Smith was dismissed in a similar manner to his dismissal against KKR.

Smith got an inside edge against Jasprit Bumrah and it was brilliantly taken by Quinton de Kock. Sanju Samson once again could not get his timing right on the pull shot and he was dismissed without troubling the scorers.

Thus, the Royals had their backs against the wall at 12-3 and it was almost impossible for Jos Buttler to single handedly get his team over the line.

Steve Smith said in the post-match ceremony, “I think losing wickets early doesn’t help, we haven’t been able to get off to a good start in the last three games. Outside of Jos and Archer at the end, we have a bit of work to do on our batting. He (Stokes) is not out till the 10th I think. He is not too far away, hopefully we can get a few wins before he’s back and then gain momentum”.

The Rajasthan Royals had a decent start to their IPL campaign as they won their first two matches but they have lost their last three matches. Smith feels there is no need to hit the panic buttons yet and they need to find the momentum.

Rajasthan Royals all-rounder Ben Stokes has also reached UAE and he might be available to play after 10th October. Stokes will definitely add firepower to the middle order for the Royals.

RR will play their next match against Delhi Capitals at Sharjah Cricket Stadium on 9th October.