IPL 2020: We needed an extra batsman – David Warner after loss against CSK 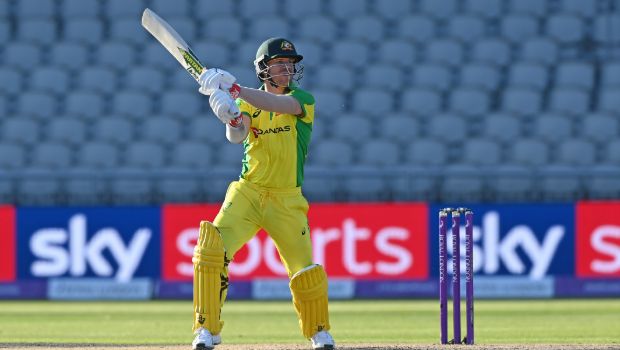 SRH could not get any kind of partnership in their batting innings and struggled to find any impetus.

The Orange Army failed to add a good partnership and their batsmen could not capitalise on the starts they got. Only Kane Williamson was the lone warrior for the team as the New Zealand skipper scored 57 from 39 balls with the help of seven fours.

David Warner was dismissed cheaply and thus the team was under the pump from the beginning. Jonny Bairstow, who has shown good form, failed to get going as he consumed 24 balls to score 23 runs. Priyam Garg also could not hit the ground running as he laboured to 16 runs after facing 18 balls.

As the pitch got slower in the second innings, the run chase got difficult for SRH. There was swing on offer for Sam Curran and Deepak Chahar and then the CSK spinners were able to extract turn from the surface. Ergo, Warner believes an extra batsman could have made a difference in the run chase.

David Warner said in the post-match ceremony, “The wicket was on the slower side, I think we needed an extra batter. We tried to take it deep. You got one big boundary, so it’s not easy. We have to go back to the drawing board and work on a few areas. I thought 160 was the right total to go after, but anything above that was always going to be difficult. Having 6-7 bowlers in the team helps. It’s difficult to play against bowlers who can swing the ball”.

Meanwhile, Sunrisers Hyderabad’s middle order has been their Achilles Heel throughout the season. They are heavily dependent on the shoulders of David Warner, Jonny Bairstow, Manish Pandey and Kane Williamson but the rest of the youngsters have failed to grab their opportunities.

SRH have won only three matches out of the eight they have played and they will need to come up with better performances in the coming matches. The Orange Army have a potent bowling battery but they are also missing the services of Bhuvneshwar Kumar, who has been ruled out due to hip injury.