Home » Cricket » IPL 2020: We should be talking about Yuzvendra Chahal much more – Gautam Gambhir

IPL 2020: We should be talking about Yuzvendra Chahal much more – Gautam Gambhir 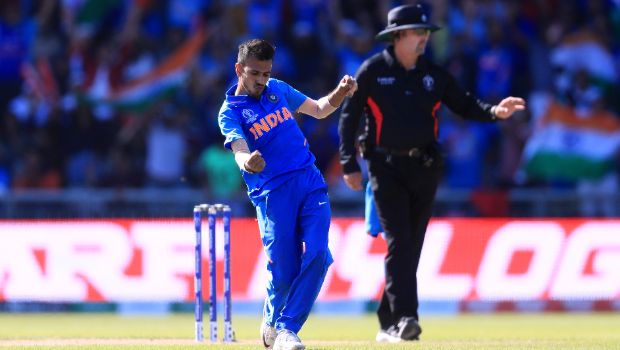 Chahal is RCB’s most successful bowler in the tournament and he has been a consistent performer for the franchise over the years.

The leg-spinner is currently the second highest wicket-taker in the ongoing season with eight scalps in five matches at an average of 18. Chahal has scalped 108 wickets in 89 IPL matches and he has done a fine job for RCB over the years.

Meanwhile, Gambhir feels we often talk about bowlers like Kagiso Rabada, Jasprit Bumrah, Rashid Khan, Jofra Archer and Pat Cummins but we don’t include Yuzvendra Chahal in the same bracket. Gambhir added that the leg-spinner is in the same league and we should be talking more about him.

“Yuzvendra Chahal has been brilliant. We keep talking about Rashid Khan, Jofra Archer, Kagiso Rabada, Pat Cummins; but Chahal in IPL, especially in this season, has been right up there,” Gambhir said on ESPNCricinfo.

“We should be talking about Chahal much more. There is more hype around other bowlers. But he has done brilliantly for RCB,” Gambhir further said.

However, Chahal didn’t have the best of the matches against Delhi Capitals as he went wicketless and conceded 29 runs in his three overs.

Chahal was brilliant with the ball in the team’s opening match against Sunrisers Hyderabad as he had scalped three wickets and gave away only 18 runs in his quota of four overs. Thus, he was awarded the Player of the match.

Chahal will like to continue his good form and he is going to hold the key for RCB. The team has a weak pace battery and thus the onus on Chahal to strike in the middle overs is more.

RCB have won three matches whereas they have lost two out of the five they have played. The Virat Kohli-led team will play their next match against Chennai Super Kings at Dubai International Cricket Stadium on 10th October.