IPL 2020: We should have bowled first – Eoin Morgan 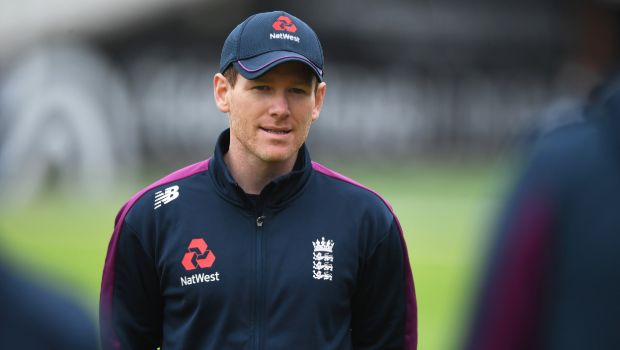 KKR could only manage to score 84 runs in their 20 overs as they failed to achieve any kind of impetus. Morgan admitted his mistake and stated that they should have bowled first.

The conditions were ideal for bowling in the first innings as there was swing on offer. However, Morgan couldn’t read the pitch and decided to bat first. Virat Kohli also revealed that it was a good toss to lose.

In fact, Kohli was about to give the second over to Washington Sundar but noticed that Morris had got some swing in the first over and thus decided to throw the ball to Mohammed Siraj.

Only Morgan scored 30 runs and he also consumed 34 balls. KKR could only manage six fours and two maximums in their innings as the RCB bowlers kept them at bay.

Eoin Morgan said in the post-match ceremony, “Being 4/5 down early on isn’t the position we wanted to be in. RCB bowled well and probably looking at the conditions, we should have bowled first. We will learn our lessons and move on in the next game. It was a question of backing the young Indian guys who showed glimpses of talent and potential. They (RCB bowlers) managed to exploit anything that was on offer and given the nature of the tournament every time you have to be at your best against every team”.

On the other hand, KKR’s talisman all-rounders Andre Russell and Sunil Narine missed a match together for the franchise after 2012. Morgan is hopeful that both of these impact players will be available soon.

KKR will need to make a solid comeback in the upcoming matches. They were completely demolished by RCB and their batting has let the team down on multiple occasions in the ongoing season.

KKR will next play against Delhi Capitals at Sheikh Zayed Stadium, Abu Dhabi on 24th October.