Home » Cricket » IPL 2020: We were not really there – MS Dhoni feels season might be over for CSK 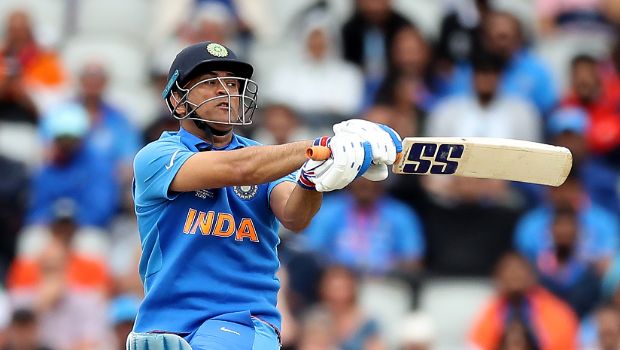 10 matches, only three wins, seven losses, six points and placed at the bottom of the points table. It is not the Chennai Super Kings we are used to in the IPL.

CSK have been the most consistent team over the years in the tournament as they have qualified for the playoff stages on all the 10 occasions they have been part of the league.

However, they haven’t been up to the mark in the ongoing season. CSK have failed to come up with collective efforts and their batsmen have let the team down on multiple occasions. With four league stage matches remaining, CSK will need to win all of them to have an outside chance of qualifying for the last four.

Furthermore, a lot will depend on the results of other teams. However, MS Dhoni feels the season might be over for his team and he hinted that the young players would get their opportunities in the remaining matches.

Chennai have lacked the intend in their batting and they also lacked the spark. They haven’t been able to hit the ground running and it is one of the reasons why they are languishing at the bottom of the points table.

Meanwhile, Chennai are known to back their experienced players longer than the most teams and they didn’t give a lot of chances to the young players. Dhoni added that the young players didn’t show much promise to make a place for themselves in the final XI. However, the loss against RR would give them the license to try out a new combination as the playoffs hopes are all but over.

MS Dhoni said in the post-match ceremony, “This season, we were not really there. And, also, there were a few chances to the youngsters and maybe we didn’t see the kind of spark that they could have given us to say, okay, push [out] the experienced guy and maybe make some space for them (youngsters).”

“Today, the result, what it really does is give those guys whatever is left in our league stages, they will get a chance and they will have no real pressure on them,” he said. “They can go out and express themselves. And give us the option of looking at what are the options in the batting line-up or where they would like to bat.”

Chennai has been a consistent team and they will look to add some solidarity in their team in the next season. CSK will play their next match against defending champions Mumbai Indians at Sharjah Cricket Stadium on 22nd October.