Home » Cricket » IPL 2020: We were very timid in our batting approach – Brendon McCullum

IPL 2020: We were very timid in our batting approach – Brendon McCullum 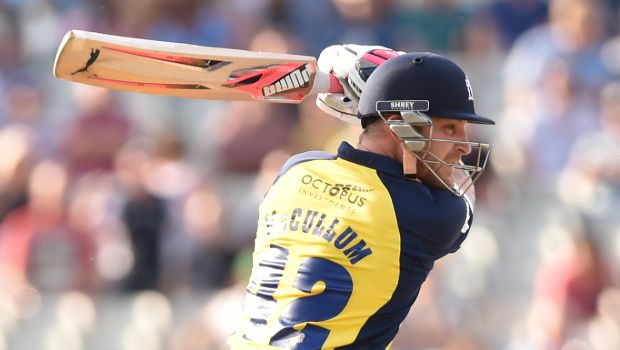 KKR could only muster 84 in their 20 overs after electing to bat first. The Men in Purple and Golden haven’t been able to come up with decent batting performances in the last couple of matches.

It is also noticed that KKR have lacked intensity in their batting unit. McCullum revealed that the talk before the game against RCB was to play with more fire but it wasn’t to be the case. KKR batters have failed to get any kind of consistency and momentum in the ongoing season.

Shubman Gill has got the runs but his strike rate is a mundane 111.82 in the tournament. Rahul Tripathi hasn’t been able to keep up his good form after his match winning knock against CSK. Nitish Rana is also averaging a mere 18 whereas Dinesh Karthik has also struggled to get going barring one knock. Eoin Morgan also hasn’t been at his best.

“Before the game we spoke about showing some intent especially at the top of the order and, unfortunately, we lacked that tonight,” McCullum said. “So that’s something we have to address. We were very poor with bat in hand. You are not going to win too many games from 40 for 6.

“We are still fourth in the tournament, which is very fortunate for us. The destiny is still in our hands. We have to tidy up some of the areas. It’s just that we were very timid in our approach. That’s a bit frustrating because we spoke at length before the game about trying to be positive and show some strong intent. If you are defending 84, you win one out of 150 games. Tonight wasn’t good enough from the batting point of view.”

Furthermore, Sunil Narine and Andre Russell were not part of the final XI due to injuries. In fact, both of these talisman have been out of form in the ongoing season.

KKR haven’t been able to come up with consistent performances and their batting has let the team down. The Eoin Morgan-led will need to turn the tables in the upcoming matches as they are not up to the mark so far. KKR are at the fourth place in the points table after five wins and as many losses.

KKR will need to be at the top of their game in this crucial stage of the tournament. KKR will next face Delhi Capitals at Sheikh Zayed Stadium, Abu Dhabi on 24th October.