Home » Cricket » IPL 2020: ‘Why not retire out a batsman’ – Aakash Chopra on Wriddhiman Saha’s struggling knock

IPL 2020: ‘Why not retire out a batsman’ – Aakash Chopra on Wriddhiman Saha’s struggling knock 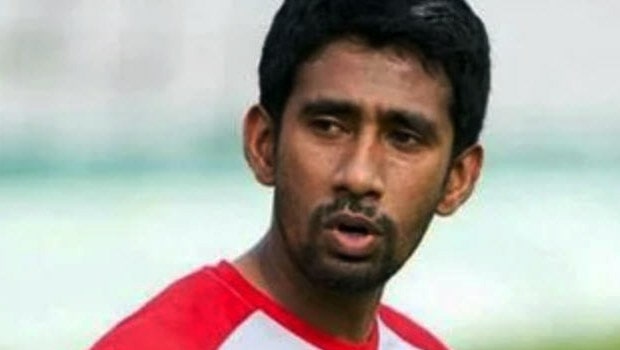 Former Indian opener and now a commentator Aakash Chopra has shed light on Wriddhiman Saha’s struggling knock for Sunrisers Hyderabad against Kolkata Knight Riders at Sheikh Zayed Stadium on Saturday. Saha could not find any impetus as he failed to get going throughout his knock.

The right-hander faced 31 balls and could only score 30 runs and thus scored his runs at a strike rate of less than 100. In fact, Saha was trying his best to change gears but he was not able to get his timing right. The right-hander could only hit one four and one six in his mundane knock.

Chopra feels in such a case that batsman should be allowed to retire. Saha added 62 runs with Manish Pandey but the duo faced 51 balls. SRH captain David Warner was critical of the team’s performance and stated that they should have gone harder in the middle overs.

Chopra added that not all the bowlers are given a chance to complete their full quota of overs if they are having a tough day at the office. Similarly, the batsman should be allowed to retire. In fact, Saha almost gifted his wicket when Mohammad Nabi was not interested in coming back for the second and the wicket-keeper batsman was run-out.

Aakash Chopra said while talking on YouTube channel, “Saha kept on trying, I love him to bits, but he was not able to strike it big. In such a case, why not retire out a batsman, why is there a stigma attached to it, even when a bowler is not doing well he is not given his full quota. I know that your intentions are good but you are not able to get going.”

On the other hand, Chopra is also surprised not to see Kane Williamson in SRH’s playing XI. Warner had revealed after the first game that Williamson is injured but he looked fine during an interview in the match against KKR.

SRH have a bleak middle order and they have lost both their matches thus. Thus, the Orange Army will need to turn the tables in their coming matches.

SRH will play their next match against Delhi Capitals at Sheikh Zayed Stadium, Abu Dhabi on 29th September.