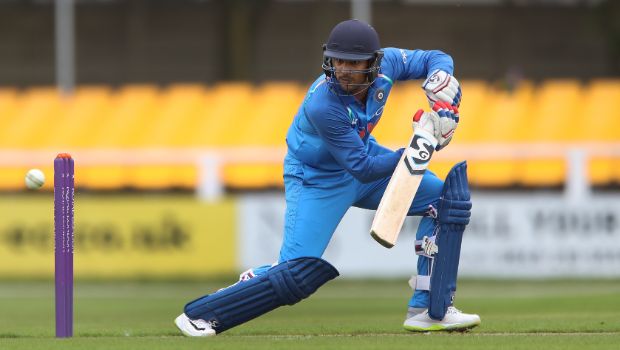 Agarwal had a great start to the season as he almost single handedly won his team the match against Delhi Capitals in their opener. Subsequently, he went on to score a majestic hundred off just 45 balls against Rajasthan Royals.

However, both of his batting efforts have gone in vain as KXIP have ended on the wrong side of results. Agarwal had a mundane tour to New Zealand as he could not get going in the tough conditions. In fact, Agarwal also received his chance in the ODI team as Rohit Sharma suffered a calf injury in the final T20I.

However, the right-hander could only muster 36 runs in the three ODI matches. Subsequently, Agarwal scored 102 runs in the two Test matches against the Kiwis. There were a lot of expectations from Agarwal on the NZ tour, as he has had a perfect start to his International career but he was not at his best throughout the tour.

Agarwal revealed that he worked on his game once the lockdown was lifted and he is reaping fruits for the hard work he had put in his practice.

“A lot of training at home. Luckily, my elder brother had barbells and weights at home. I was training a lot at home and as soon as the lockdown was lifted, I called up RX (Murali) sir and both of us would go to his academy and we would practice. We used to train there and made sure we kept doing the right things and worked on areas I needed to improve on.”

“I had got good feedback from the New Zealand series and the Indian team coaches had also said to look to work on these things. So, whatever they had said, we worked on it and it is reaping benefits today,” he smiled.

The flamboyant batsman has scored 221 runs in the three matches of the IPL 2020 thus far at an average of 73.67 and a whirlwind strike rate of 170. Agarwal is only run away from equalling KL Rahul, for the most runs in the ongoing season.

The Karnataka batsman would aim to continue the good form. KXIP will play their next match defending champions Mumbai Indians on 1st October at Sheikh Zayed Stadium.