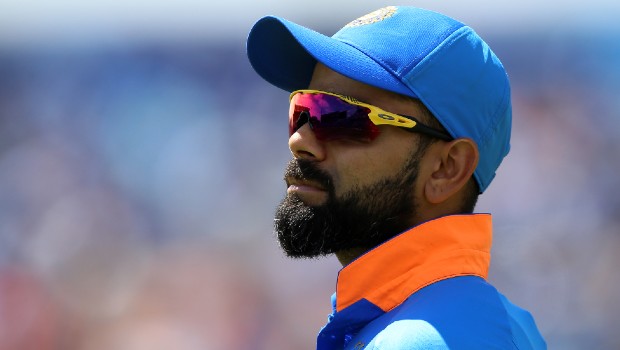 Chahal gave all the flight while bowling to Jonny Bairstow and the SRH opener took the bait and went for the big shot. The England batsman failed to make any contact and his woodwork was disturbed by Chahal. On the next ball, Vijay Shankar had a big gap between his bat and pad and Chahal was able to find it to hit the stumps again.

Earlier, Chahal had provided the crucial wicket of Manish Pandey, who had added 71 runs with Jonny Bairstow. Kohli added that Chahal showed the skills of getting the purchase on any kind of surface and changed the match with his attacking lines.

The leg-spinner returned with figures of 3-18 and thus he was awarded the Player of the match for his impressive performance.

Virat Kohli said in the post-match presentation ceremony, “Yuzi (Chahal) came in and completely changed the game for us. Not many spinners got much out of the pitch, but tonight he showed that you can turn it if you have it in your wrists. He showed he can get purchase on any wicket. The way he came in and bowled attacking lines, he changed the game.”

Chahal has always looked to pick up wickets and he is not afraid to go for runs. The leg-spinner is RCB’s best bowler over the years and came up with another fine performance to help them win their opening match of IPL 2020.

Chahal will look to continue his good show in the ongoing edition and he will play a major role in the success of the team.

Kohli added that the RCB bowling group didn’t let negativity come into their minds despite being on the backfoot when SRH were cruising at 121-2. However, the team’s bowlers backed themselves and made a resounding comeback.

On the other hand, Devdutt Padikkal’s impressive show in his maiden IPL match was a big positive for RCB. The southpaw scored a fine fifty to give a perfect start to his team.