Home » Cricket » IPL 2020: Yuzvendra Chahal’s last over was the turning point of the game – David Warner

IPL 2020: Yuzvendra Chahal’s last over was the turning point of the game – David Warner 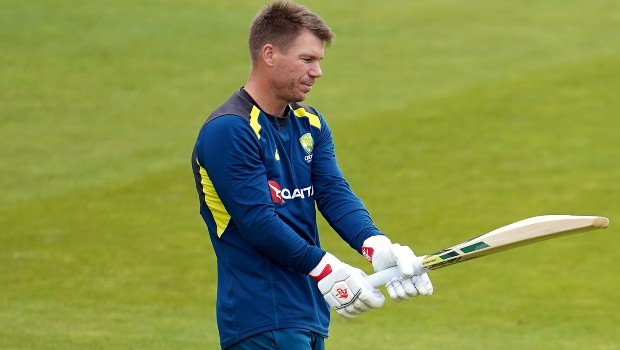 Sunrisers Hyderabad captain David Warner believes that Yuzvendra Chahal last over of the turning point of the third game of IPL 2020. SRH were cruising at one stage as they had the run chase under control but they crumbled like a pack of cards and RCB had the last laugh as they won by 10 runs.

SRH were 121-2 with a well settled Jonny Bairstow at crease and the Orange Army required 43 runs to win off the last five overs. However, the match turned on its head when Chahal bowled Bairstow with a flighted delivery and then found the gap between Vijay Shankar’s bat and pad to completely bamboozle him.

In fact, Chahal had also provided the much needed breakthrough of Manish Pandey when he was going strong with Jonny Bairstow for the second wicket alliance. The talisman leg-spinner returned with figures of 3-18 in his quota of four overs and thus he was awarded the Player of the match.

“It was a bizarre game for us. We had the run chase in control and we knew that we had to go after their bowlers in the end,” said Warner while speaking at the post-match presentation ceremony. “Probably the last over of Chahal was the turning point out there,” he added.

Sunrisers Hyderabad will be gutted with themselves as they had the match in their grasp. However, the David Warner-led team lost their last eight wickets for only 32 runs to lose the plot of their run chase.

RCB made a fine comeback and Yuzvendra Chahal played an instrumental role in getting his team back in the contest. Navdeep Saini also impressed with his express pace and he scalped two wickets in his final over to end SRH hopes of chasing down the target. Shivam Dube also contributed with two wickets.

On the other hand, RCB had posted 163 after David Warner had won the toss. Devdutt Padikkal impressed on his IPL debut and scored a fine fifty. AB de Villiers added the finishing touches as he scored a fine knock of 30-ball 51.

SRH will play their next match against Kolkata Knight Riders at Sheikh Zayed Stadium on 26th September.