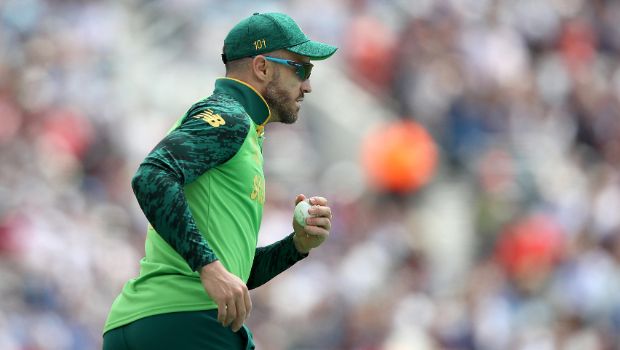 Chennai Super Kings opener Faf du Plessis believes a total of 171 runs, which SRH managed after deciding to bat first was slightly below par at the Arun Jaitley Stadium, Delhi on Wednesday.

Interestingly, the ball came on to bat nicely in Delhi, which is not the case on most occasions and it also left MS Dhoni a bit surprised.

David Warner struggled to get going for SRH as he meandered to 57 runs from 55 balls. Though Manish Pandey scored 61 from 46 balls and Kane Williamson added the finishing touches 10-ball 26, still SRH could only post 171 runs on the board. Du Plessis feels 190 would have been a par score on the wicket.

Meanwhile, the South African continued his good form as he scored 56 runs from 38 balls and gave another good start to his team. Faf and his opening partner Ruturaj Gaikwad added a fine alliance of 129 runs to lay down the foundation of the run-chase. Faf revealed that he hasn’t changed a lot of things from the previous season and it feels nice to contribute to the team’s success.

Faf du Plessis said after the match, “Feels good (to wear the orange cap) but winning games is nice. I think the partnership with myself and Rutu has been pretty productive. If you can start well in T20s, and with our batting lineup, it’s a very good sign. I went back to try and make sure my basics were good. I looked at what was the thing I did well last year and have been doing the same this year. One or two tweaks were made from last season to this season. It was a pretty good wicket. 170 was a touch under what they needed to get. 190 would’ve been a good score. But when you start quick like that, the rest of the innings plays out comfortably”.

The right-hander added that the team has got a good balance and they have the depth in their squad as batsmen like Robin Uthappa, who is one of the leading run-getters in the IPL, are warming the benches.

Faf added, “There was some good pace on the wicket, it slowed down as the ball got old but overall a really good cricket wicket. We got a good balance. We made some adjustments from last season. Our batting depth is good. We’ve got guys like Robin Uthappa sitting on the bench, so it’s a good balance. The biggest change we’ve got is a bit more balance in the squad and the guys are putting their hand up as well. But there is definitely more depth”.

CSK have once again gone at the top of the points table as they have won five matches out of the six they have played. The MS Dhoni-led team will next face Mumbai Indians on 1st May at the same venue in Delhi.