Home » Cricket » IPL 2021: Aakash Chopra names the players SRH should retain or use RTM on

IPL 2021: Aakash Chopra names the players SRH should retain or use RTM on 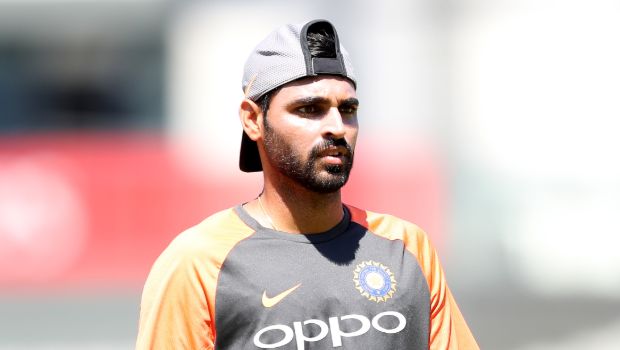 Former Indian opener and now commentator Aakash Chopra has picked six players whom Sunrisers Hyderabad should retain or use the Right to Match card on.

In fact, SRH could face a dilemma over retaining their overseas players if there is a mega auction to take place for IPL 2021. While Rashid Khan and David Warner will be the obvious choice, the Orange Army could fret over retaining players like Kane Williamson, Jason Holder and Jonny Bairstow, as all of them did a fine job for the franchise in IPL 2020.

Thus, a lot will depend on the limit on the maximum number of foreign players who can be retained by a particular franchise before IPL 2021 mega auctions.

Meanwhile, David Warner and Rashid Khan were the team’s best batsman and bowler respectively. Warner finished the tournament as the third highest run-getter with 548 runs in 16 matches whereas Rashid scalped 20 wickets in 16 matches at an impressive economy rate of 5.37.

T Natarajan was the pick of the fast bowlers for SRH as he snared 16 wickets in as many matches and impressed with his skills to hit the blockhole on a consistent basis. Bhuvneshwar Kumar has been a consistent performer for SRH but he was ruled out of IPL 2020 due to hip injury.

On the other hand, Kane Williamson is a crucial batsman in the middle order and played two imperative knocks in the Eliminator against RCB and second qualifier against Delhi Capitals. The flamboyant batsman scored 317 runs in 11 innings at an impressive average of 45.28.

Manish Pandey also played a crucial role for SRH as he scored 425 runs in 15 innings at an average of 32.69.

Aakash Chopra said on YouTube Channel, “Warner and Rashid Khan will be my first two picks whom I will like to retain for sure. After that I will look towards Bhuvi and Natarajan, I will retain one of them for sure with a Right to Match card for the other.”

“And Manish Pandey, so these will be my five main players around whom I will like to build the team. And they will have to bring Kane Williamson somehow into the team because he is an outstanding player.”

Meanwhile, SRH did a fine job in the second half of the tournament and made a roaring comeback after losing six matches out of their first nine games. David Warner has a fighting spirit and he was able to lead the team from the front.

It will be interesting to note the changes which SRH will make to their team. They will look to add a bit more experience in their middle order, which was their Achilles Heel in the recently concluded season.