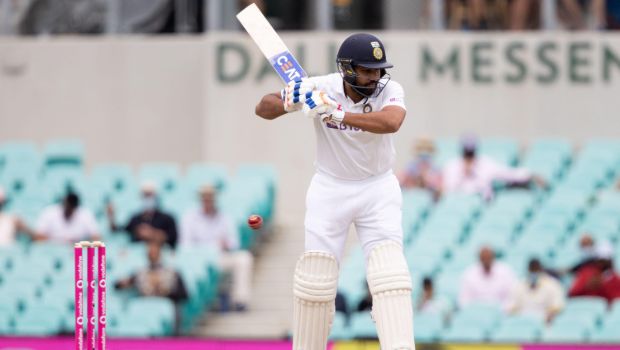 The Rohit Sharma-led team has a potent bench strength and their players are always known to grab their opportunities with both hands.

Chopra picked Rohit Sharma and Quinton de Kock to open the innings for MI. Quinton de Kock had ended up as the second-highest run-scorer for Mumbai Indians as he had amassed 503 runs in 16 matches at an average of 35.92 and a strike rate of 140.50

Ishan Kishan bats at one down for the commentator. Kishan had finished as the highest run-getter of the franchise as he had scored 516 runs at an impressive average of 57.33 and a blistering strike rate of 145.76. Ergo, he had played a key role in the success of the team.

Suryakumar Yadav will bat at number four as he had scored 480 runs in the previous season at an average of 40. Subsequently, Chopra feels the three all-rounders – Hardik Pandya, Krunal Pandya, and Kieron Pollard can come into action. All of them have the skills to hit the ground running and provide the finishing touches for the team.

The former KKR player believes MI can rotate the batting order depending on the situation of the game.

Chopra picked Jasprit Bumrah and Rahul Chahar as the two Indian bowlers. The commentator selected Trent Boult and Nathan Coulter-Nile as the two overseas bowlers. Bumrah and Boult had scalped 27 and 25 wickets respectively in the previous season.

Mumbai will begin its IPL 2021 campaign against Royal Challengers Bangalore at Chepauk Stadium, Chennai on April 9.