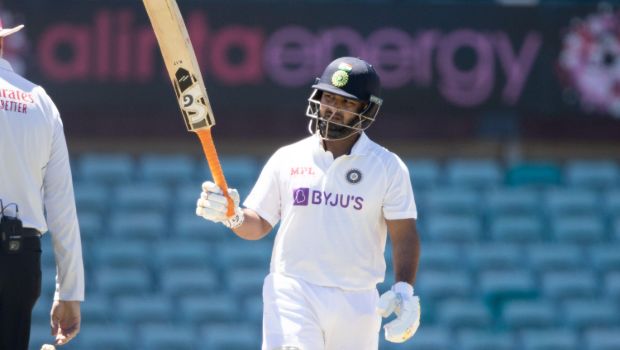 Former Indian opener Aakash Chopra has picked an ideal playing XI for previous season runners-up Delhi Capitals. Delhi will be led by a new skipper in Rishabh Pant as their full-time captain Shreyas Iyer has been ruled due to a shoulder injury.

Chopra wants Shikhar Dhawan and Prithvi Shaw to open the innings for Delhi.

Dhawan had finished the previous season as the second-highest run-getter with 618 runs in 17 matches whereas Shaw had a subdued edition as he could only score 228 runs in 13 matches.

However, Shaw is in prolific form as he scored 827 runs in eight matches in the Vijay Hazare trophy and ended as the leading run-getter of the tournament.

Chopra wants experienced Ajinkya Rahane to bat at number three. Rahane can be best utilized at the top of the order and he had a poor previous season as he could only manage 113 runs in eight innings.

The renowned commentator wants Rishabh Pant to bat at number four. Pant didn’t have a great previous season but he has been in sublime form in the recent past. Chopra added that he will play Shimron Hetmyer and Marcus Stoinis at number five and six respectively.

“Shikhar Dhawan and Prithvi Shaw to open. At three, I want to play Ajinkya Rahane because if Rahane is at three then you can play both Shimron Hetmyer and Marcus Stoinis. So Rahane at three, Pant at four, and Hetmyer and Stoinis at No.5 and No.6. This looks like a very decent top-six to me,” said Chopra on his YouTube channel.

On the other hand, Delhi Capitals’ all-rounder Axar Patel will miss the first couple of matches of the season as he has been tested positive for Covid-19. Chopra feels it may disturb the balance of the team and they will need to play Ravichandran Ashwin at seven and Amit Mishra can also get his chance.

“There could be a few problems in the initial matches because you would have wanted Axar at No.7. If you put Ashwin at No.7, you will feel the batting is a little short. So, the first couple of games they might be struggling to find the right balance. But after that you play Ashwin and Axar, you can play Mishra also along with Ashwin,” added Chopra.

Chopra added that Kagiso Rabada and Anrich Nortje, who scalped 30 and 22 wickets respectively in the previous season, will be the automatic picks. The former KKR player feels either Umesh Yadav or Ishant Sharma can get a place in the final XI.

“Then you have got Anrich Nortje, Kagiso Rabada, and play one out of Ishant and Umesh and your team is complete,” signed off Chopra.